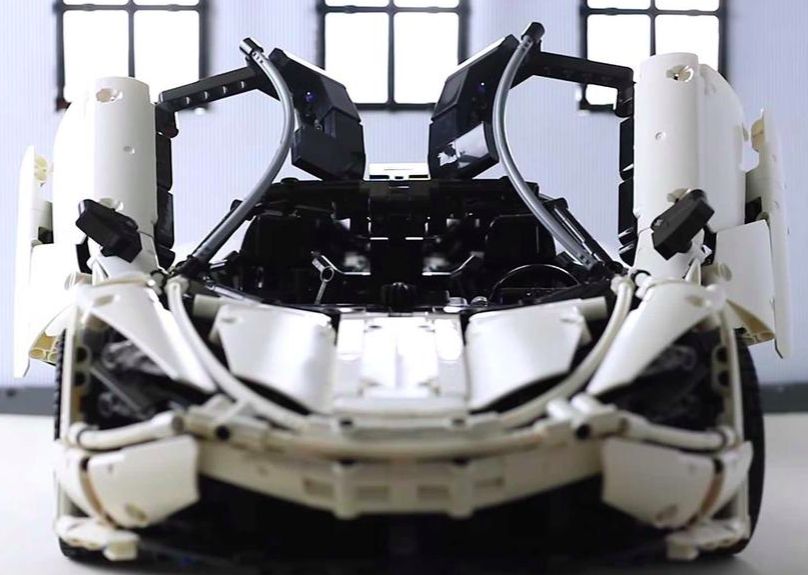 The car, which was going to last two years, was shown on Charbel's LEGO TECHNIC Creations channel on YouTube.

From the Lego Technic set, it turned out to assemble a large-scale copy of the McLaren 720S. The copy is utterly identical to the original. The build quality resembles the rest of the Lego branded sets. Two years for construction explained by the lack of instructions with fitting designer parts.

Coupe performed on a scale of 1:8. The car has butterfly wing-type lifting doors, an active rear wing, an independent suspension, a modular base, an opening hood, a working steering wheel, an 8-speed sequential gearbox, and a rotary screen inside, like an original car. In the next two months, assembly instruction will appear for the project.

By the way, the design of 3599 elements, which is a model of the Bugatti Chiron hypercar, is considered the most complex set of the Technic series.