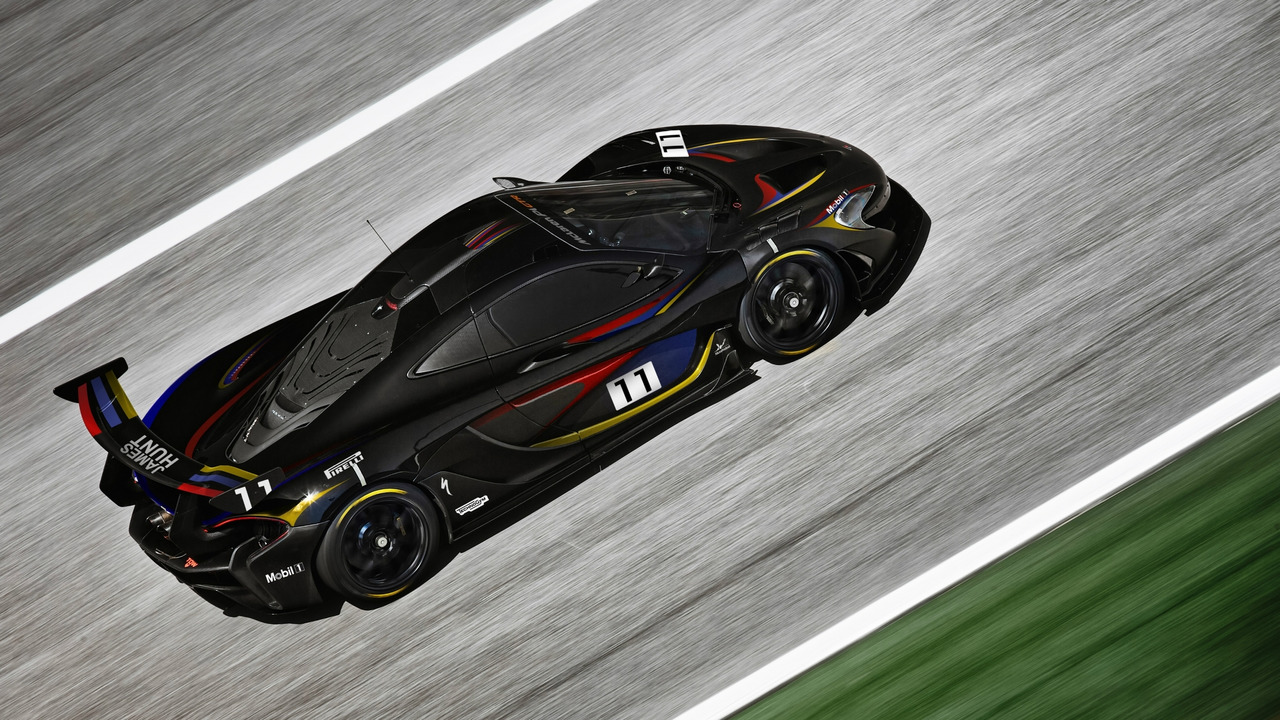 McLaren decided to celebrate 40 years from the time when James Hunt won the Driver’s Championship of Formula 1.

The brand dressed up a P1 GTR in a special livery. The model will be displayed at the Goodwood Festival of Speed. The track car will be clad in a body colour that takes inspiration from Hunt’s race helmet. A black colour base comes in combination with yellow, red and blue stripes (what is based on the colours of Wellington College. Only Bruno Senna will be driving the vehicle over the weekend. He is the official automaker’s P1 GTR Driver Program Mentor.

A 2nd P1 GTR will appear at Goodwood. It will be a heavily transformed variant from Lanzante that has been modified for road use. Kenny Bräck, the test driver and 1999 Indy 500 winner, will be driving the vehicle and make a try to break a new speed record for a road vehicle. Jann Mardenborough is holding the current record. He finished at 49.27 seconds two years ago driving the GT-R from Nissan in the spicier NISMO flavour.

The P1 GTR duo will be accompanied at the festival held on June 23-26 by other McLarens. There will be classic racers along with the automaker’s newest products, such as the softer 570GT.