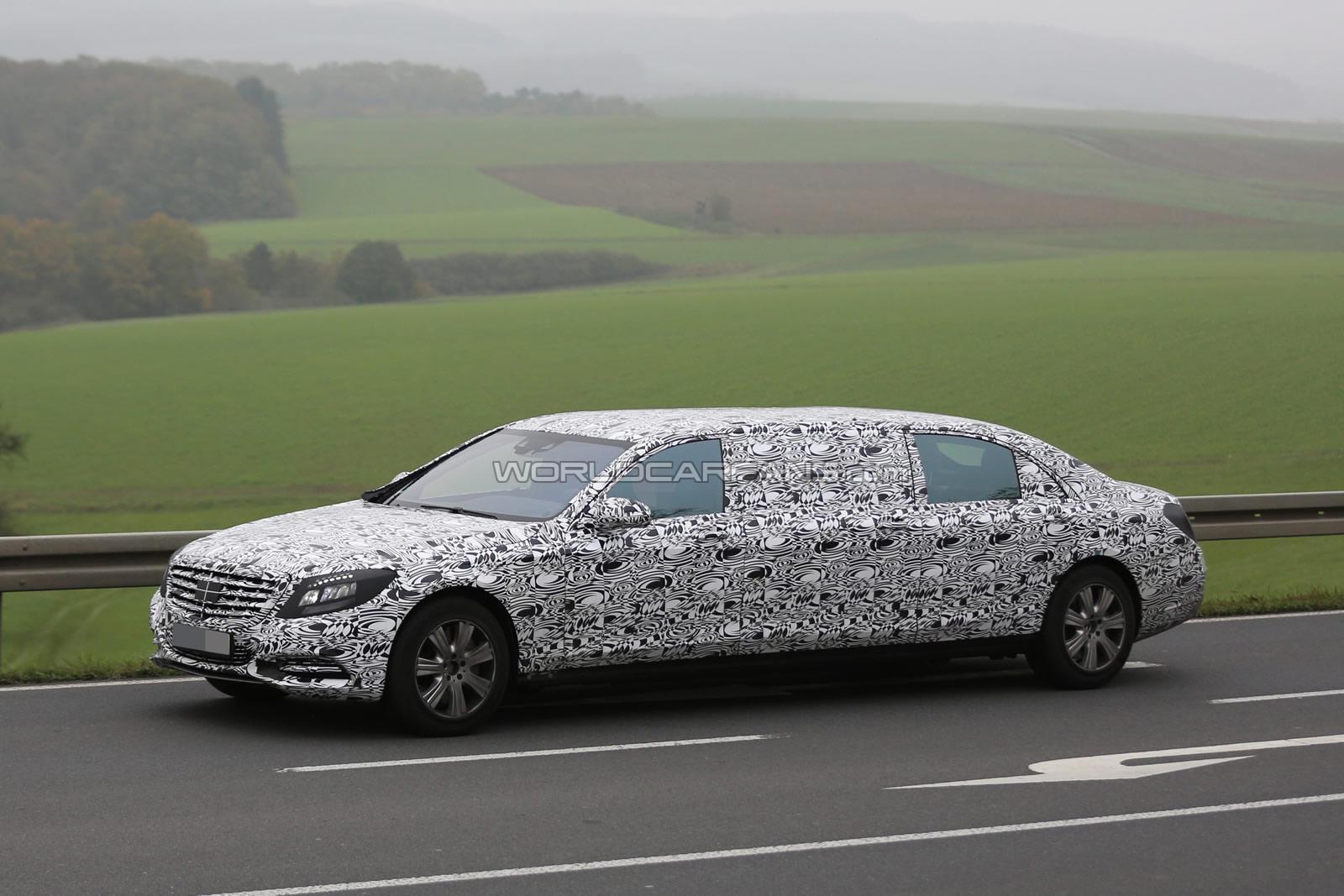 The innovated Pullman model from Mercedes-Maybach S-Class is going to debut worldwidely in March of the next year at the Motor Show in Geneva.

Referring to the source named Motor Trend, the model will be of more enhanced comfort and even longer than the S-Class Mercedes-Maybach which was presented not long ago. It will be available in an S600 version. If the Maybach is 5453 mm in length, the new model will have 6400 metres of overall length. Looks like it will be built by Brabus.

The prototype of the new model had door handles for where the middle doors can be positioned on the spy shots, but it looks like they were not real and the production variant vehicle will have just four doors.

The Mercedes-Maybach S-Class Pullman will probably not arrive in America. It will be powered by an exclusive 6.0-litre twelve-cylinder twin-turbo engine which is able to produce 530 hp (or 390 kW) and a top torque of 830 Nm (or 612 lb-ft). Dr Hermann-Joseph Storp, S-Class development director has stated that there won’t be any variants of AMG of the Maybach offerings. 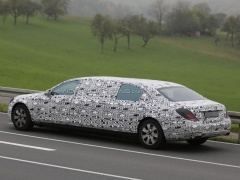 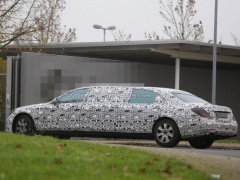