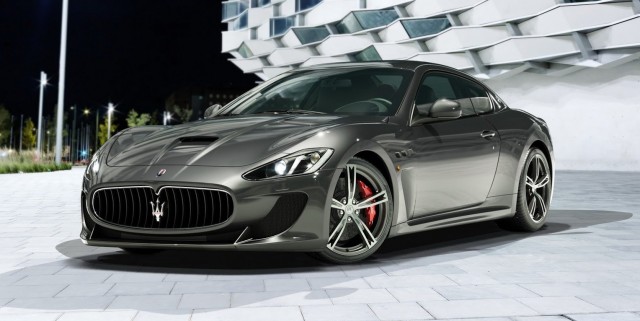 In September 2010 Italian designers showed everyone how much Maserati GranTurismo coupe can be uncompromising. MC Stradale model was improved by adding more powerful engine, reliable suspension, optimized aerodynamics and lighter to 110 kg construction. Moreover, instead of back sofa, designers have set double cabin with a metal frame for better safety. In a couple of years, southerners prepared modification of the MC Stradale 2013 for the market this year. So what's new?

The appearance of the 2013 year model was changed completely. Restyling provides new forged 20-inch wheels and the large crotch in the carbon hood. The most notable change is that from now, two doors MC Stradale became four seated, like ordinary GranTurismo. The customers rather didn’t highly appreciate uncompromising previous sport car. The torque and horsepower of V8 4.7 engine was increased by 10 points, up to 520 N • m and 460 horsepower. Coupe, which is equipped with a six-speed automatic gearbox MC Race Shift, can quickly accelerate to 302 km/h (301 km/h was before). Carbon ceramic brakes Brembo and also suspension were remained intact.