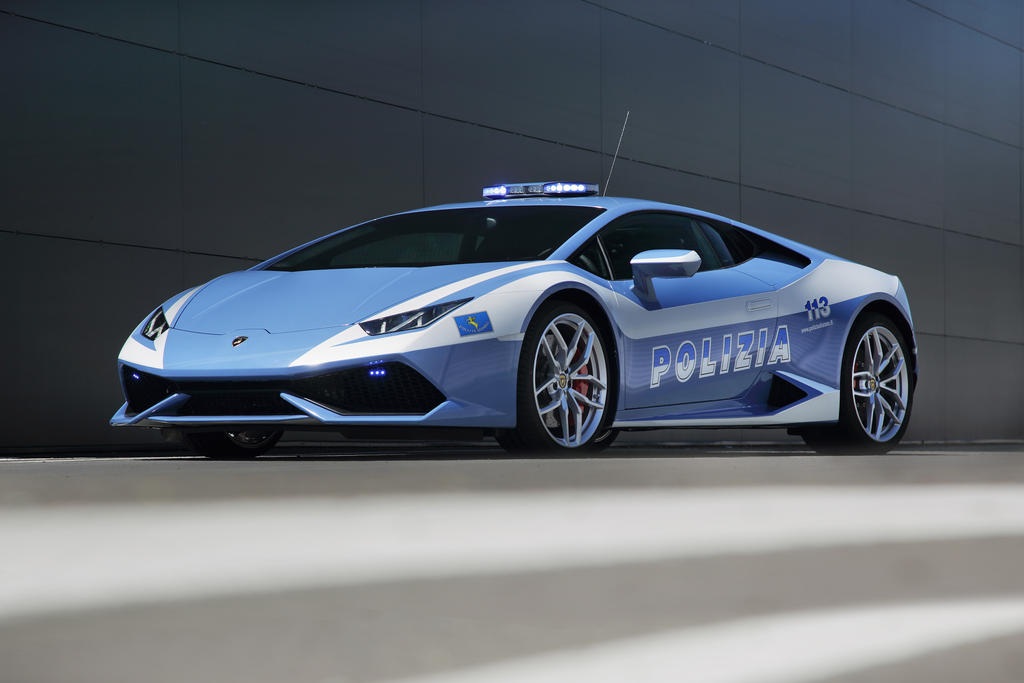 Lamborghini has offered its car to support the park of Italian police.

State Police of Italy can now boast a luxury vehicle as Huracán presented by Lamborghini will help fight the injustice. It should be mentioned that the brand has been helping the domestic law enforcement for some time now. Its Gallardos, for instance, has faithfully served the police for a decade. The pioneering city to get a stylish donation was the capital which a year later was joined by Bologna. Mid-cycle renovations also were reflected in the police park which immediately got the next-gen Gallardos.

Of course, the car has been tuned to meet the demands of a police vehicle. Thus, this particular Huracán is of a blue shade with white lines. The cab has also been modified to hold the needed devices because in some cases the car will be utilized as an emergency unit. Interestingly, even such a classical police attribute as a beacon is aerodynamically boosted with the help of maximum flat shaping.

CEO of the luxury brand comments that his company has always been helping the domestic police in the best way it could. Winkelmann is especially proud to present the pinnacle of engineering developments embodied in the powerful body of the super sports vehicle which essentially is Lamborghini Huracán. 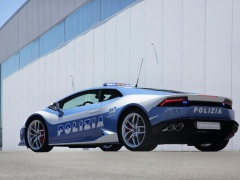