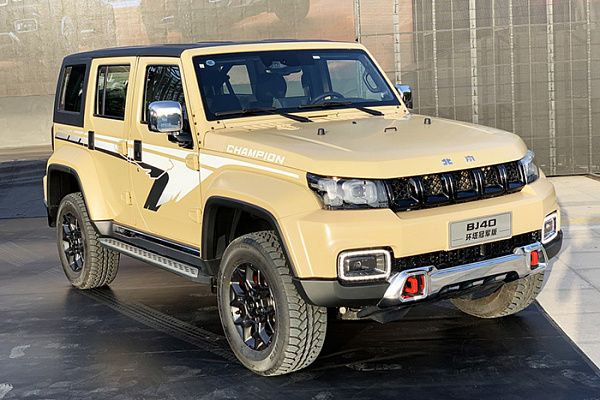 The company BAIC announced the start of sales of the limited special version of the Beijing BJ40 SUV.

The novelty is called the BJ40 Ring Tower Champion Edition, and it is already available in the official dealerships of the brand.

Note that the appearance of the BJ40 largely echoes the exterior of the Jeep Wrangler. At the same time, the cars of the limited version, unlike the “standard” model, have a massive plastic body kit, large wheel arch extensions, a different grille, head optics with LED-matrixes, spectacular chrome moldings and overlays on silver-colored bumpers. Also among the distinctive features - a unique body color sand tint.

The cabin of the BJ40 Ring Tower Champion Edition is complemented by an advanced multimedia complex with a 10-inch touch screen, which has the option of voice control. In addition, a large virtual “tidy” appeared in the cabin, wireless charging for smartphones, and perforated leather is used for decoration.

The SUV is equipped with a 2.3-liter turbocharged engine with a power of 250 hp. (peak torque 350 Nm). The power unit is paired with a six-speed automatic transmission. Drive - full with locking all differentials.

The special version of the SUV’s arsenal includes: an assistant who provides emergency automatic braking, adaptive cruise control, a system to hold a car in the occupied lane, parking sensors and video cameras at 360 degrees. 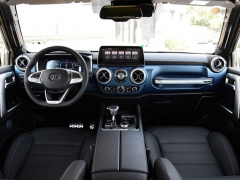