Details of 2015 Renegade from Jeep Available before Geneva Premiere 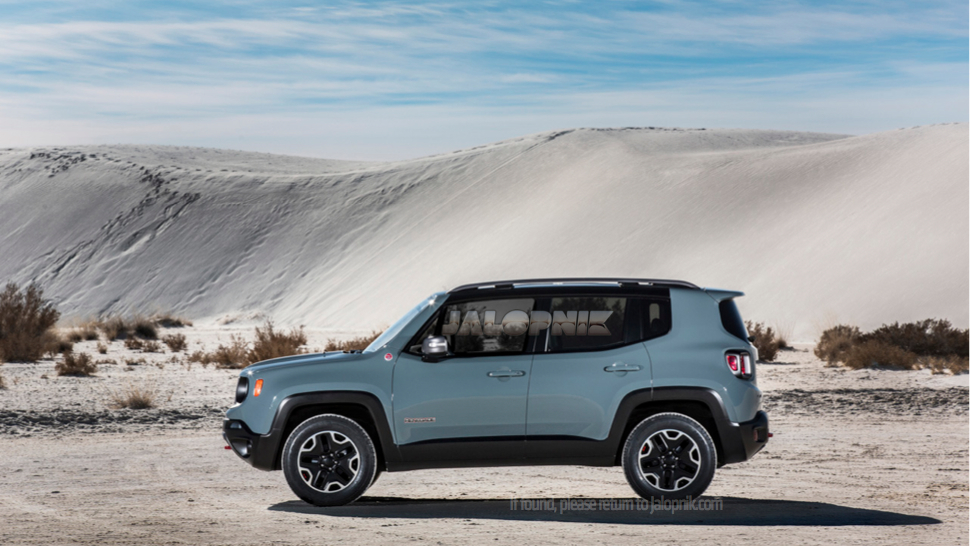 Miniature Jeep which has been known under the moniker Jeepster has been subjected to an unofficial internet presence.

The company decided to call the new model Renegade. The body of the car will resemble that of Fiat with the inclusions of Cherokee Trailhawk design. At the leaked pictures the vehicle is depicted in off-road conditions. The car will probably have a convertible top.

Despite the previously released statements implying that the small Jeep will borrow much from Fiat 500L, the recent images suggest its closer resemblance to Panda. However, only the official presentation in Geneva will cross its t’s.

Auto community assumes the presence of two engine solution. One of the motor will be a turbo for 1.4 litres connected to a manual gearbox for six speeds. A more powerful variant will imply a V4 with 2.4-litre displacement working with an automatic for nine speeds. 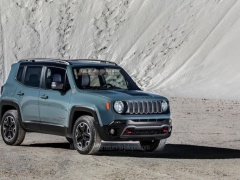 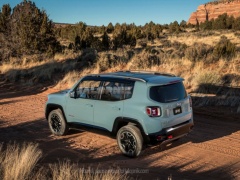