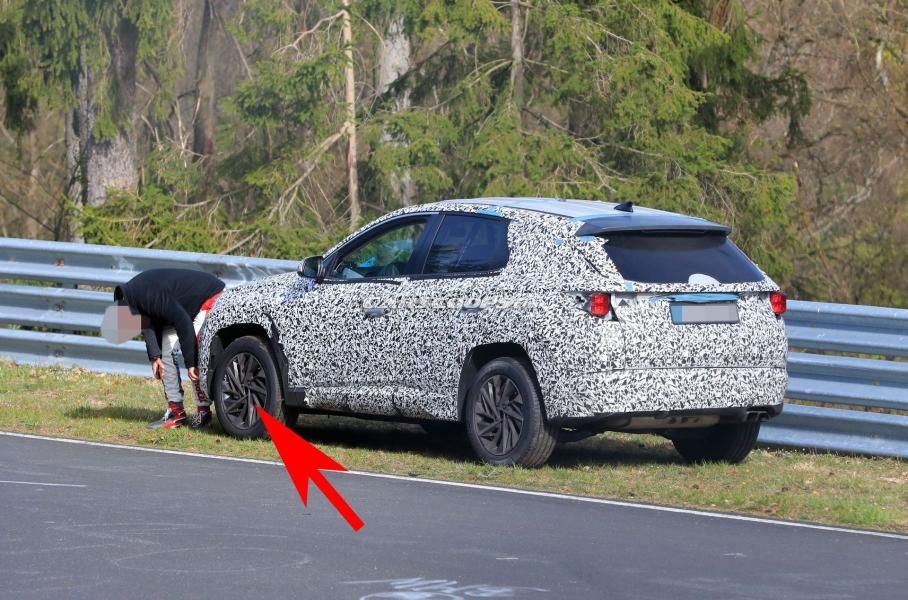 During tests on the racetrack, new Hyundai Tucson lost track of wheel nuts on a loose bend.

Only the pilot's skill helped to leave the prototype with all the wheels on board.

Carscoops notes that the photographer was doing his job filming a Hyundai Tucson test prototype at the Nurburgring test. He managed to capture how the car lost three wheel nuts at a bend (there are 5 of these elements in total on the wheel).

By the way, Tucson will change its generation at the beginning of 2021. The crossover will be provided with a new 3.0-liter turbo engine of the Theta3 family along with 8-speed automatic transmission. For the United States, the gasoline engine will be the base, and in Europe, the novelty will still appear with a hybrid installation and recharging function.

Inside the fourth generation of Tucson, a 10.25-inch virtual dashboard and keypad will appear. The equipment list consists of wireless charging for a smartphone and a vast multimedia display, visually connected to the touch unit "climate".