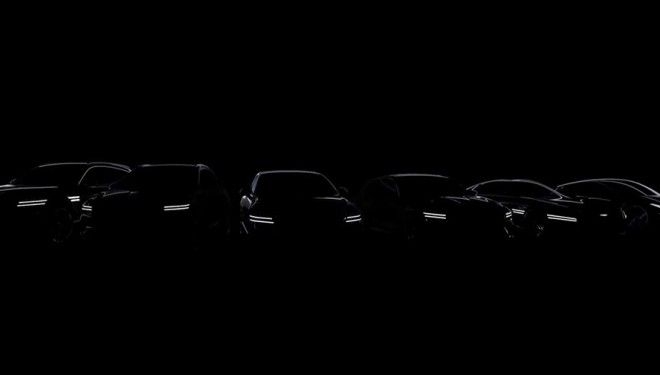 Hyundai's premium brand, Genesis, has released a teaser that hints at all of their upcoming new cars.

For example, the Korean brand can release a compact cross GV70 and a 5-door version of the G70 model, which has a body Shooting Brake.

The first time a test concept of a brand new miniature cross-country from a South Korean brand was spotted on-road tests in October 2019. According to preliminary information, a vehicle with a base from the G70 will appear on the shelves next year.

The figure that Genesis posted shows the profile of a sports coupe with a small city hatch. The Korean company used to demonstrate conceptual modifications to such cars, but there is no data on the timing of their product versions.