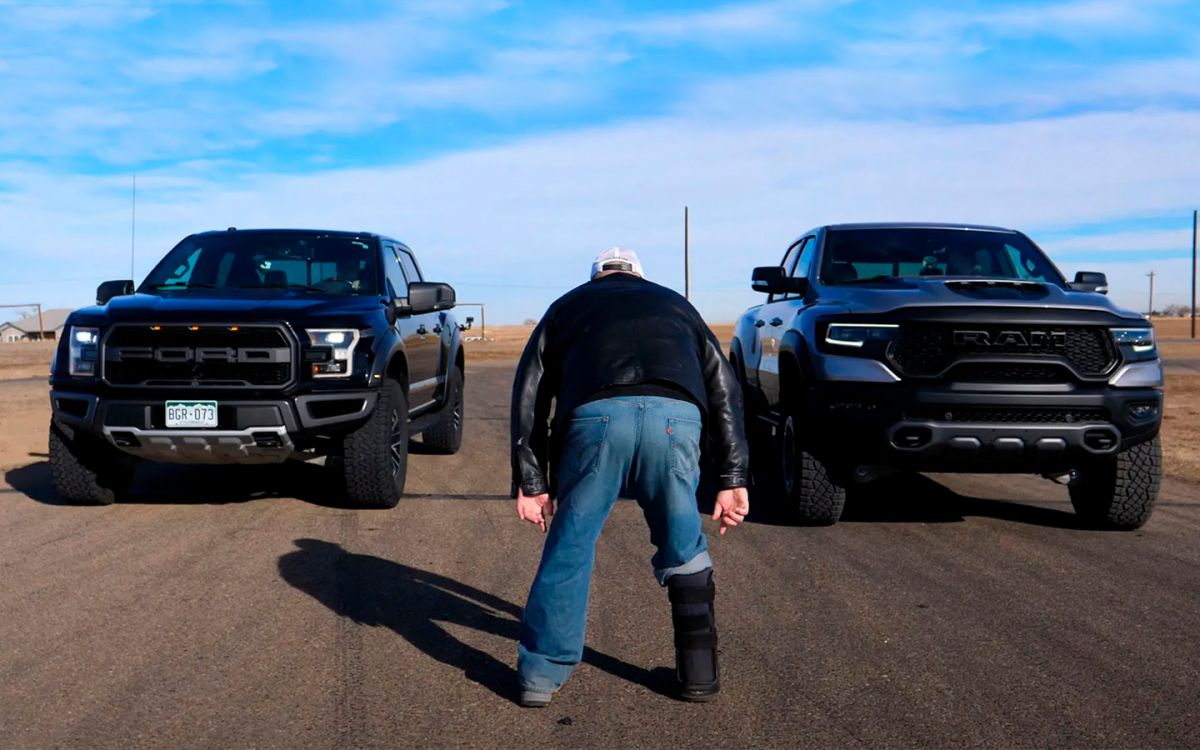 A video appeared on the YouTubeThe Fast Lane Truck channel, in which the most powerful Ram 1500 TRX and Ford F-150 Raptor pickups took part in a drag race.

Previously, these cars did not compete with each other on the track.

The RAM 1500 TRX has a 6.2 L V8 engine with a mechanical supercharger, producing more than 700 "horses." The unit operates with an improved eight-speed "automatic" and all-wheel-drive system specially tuned for off-road driving. The first hundred kilometers per hour, the car is gaining in 4.5 seconds.