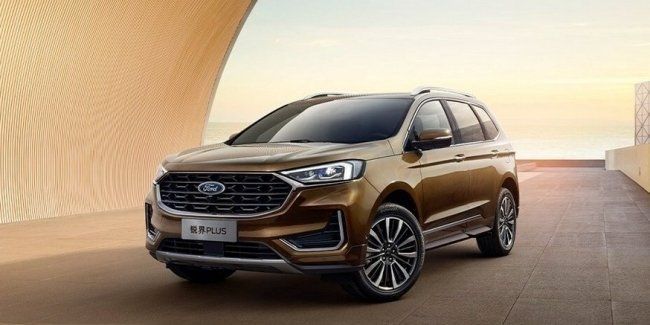 Sales of the new Ford Edge crossover have been announced in China, which differs from the previously introduced U.S. variant.

The interior is significantly changed: a new steering wheel, front panel, horizontal touchscreen with a 13.2-inch screen, virtual dashboard. There are horizontal air deflectors; under them, there is a climate control unit in the cabin. The cabin in the Chinese market can be performed in two versions - five and seven seats.

The novelty set may include LED headlights, adaptive cruise control, all-around vision cameras, a lane-keeping system, and automatic braking. Next year, this car will communicate with other vehicles and road infrastructure in some cities using the C-V2X protocol.

Externally, the car has also undergone some changes. The model has a new grille, modified bumper, and exhaust manifolds. Headlights are integrated with the grille; taillights are again united with a slat.

Under the hood, the Edge Plus has a 2-liter turbocharged EcoBoost gasoline engine with 245 horsepower, 390 Nm. Transmission is an eight-speed automatic. Drive options are front or all-wheel drive.