A replica of the Ford Bronco SUV from Lego 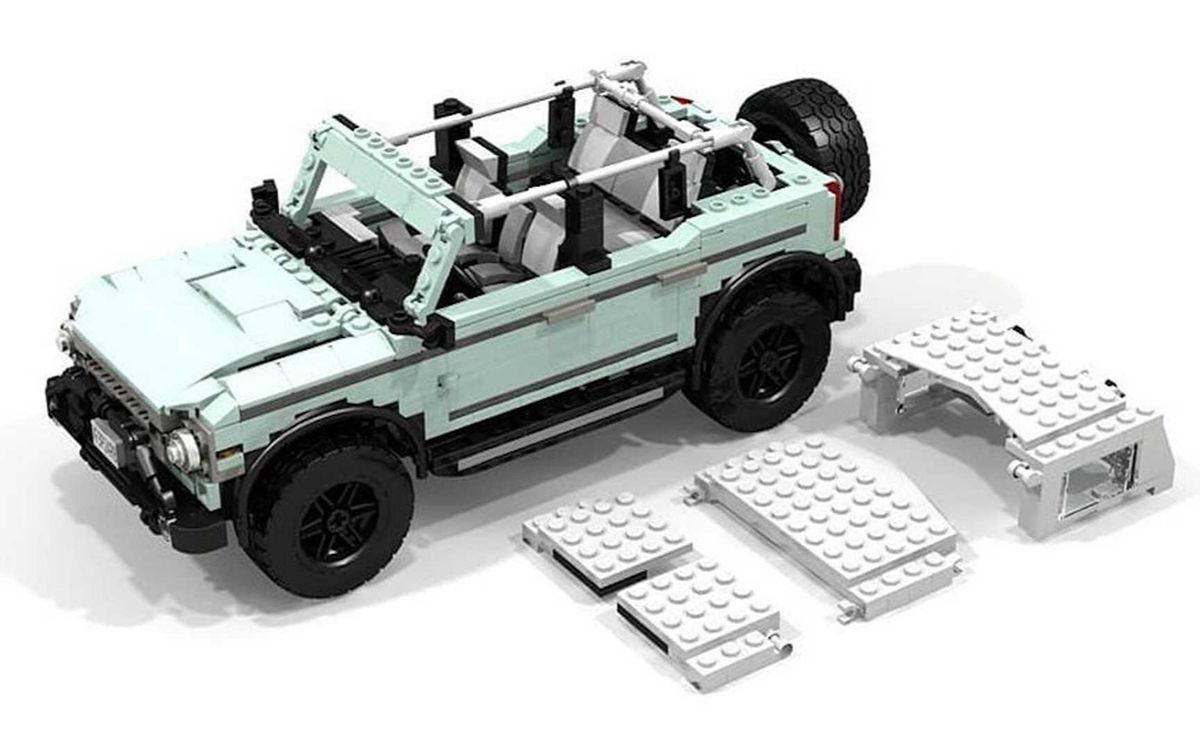 Photos of the car appeared on Peter's Instagram page. The engineer used parts from other Lego sets to create the Bronco toy. The model has a removable top, a spare wheel, and opening doors with a hood.

Recall that Ford this month has unveiled a brand new frame SUV with the revived Bronco name. The car was built on the platform of the Ranger pickup truck - T6. The design of the vehicle resembles a classic model from the 1960s. The SUV had a frame structure, a continuous bridge front, and rear, plus a removable roof and doors.