Tuners made of a Fiat 500 rear wheel drive car 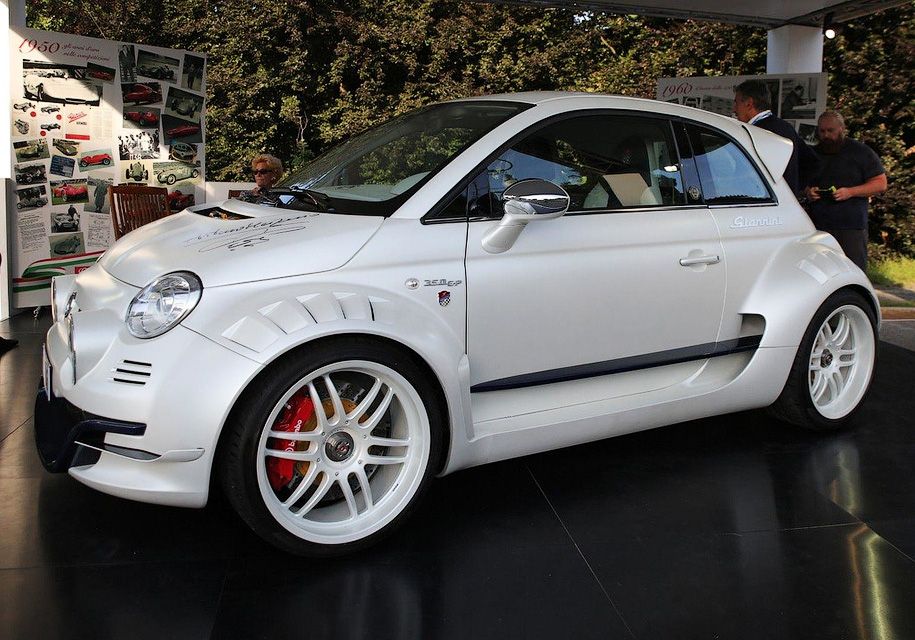 For a century, the famous Italian company Fiat in the tuning studio Giannini Automobili created an extremely significant modification of the 500 models.

The powerful engine was taken from Alfa Romeo. It produces a unit of 350 "horses" with a volume of 1.75 liters. Additionally, the improved hatch became rear-wheel drive, and its standard version has front-wheel drive.

The marketing name of the car is Giannini 350 GP Anniversary. The auto has modern body panels of high-strength carbon fiber, which corresponds to all top-end sports cars. Even though the hood cover, other shock absorbers are visible.

Giannini 350 GP Anniversary sells starting this fall. In total there will be one hundred similar vehicles, paying tribute to the anniversary of the tuning studio. Each copy costs at 150,000 euros.