Ferrari 458 Speciale Spider Spied Before its Debut in Paris 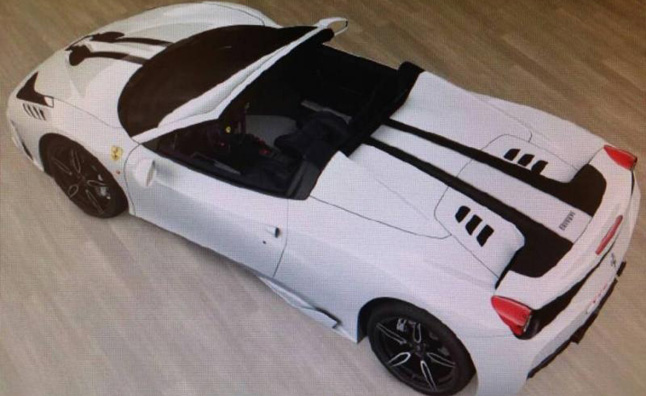 These photos are supposed to leak from an online configuration manager disclosing the next Ferrari’s drophead coupe before its official presentation.

The lighter cope model of Ferrari 458 was presented a year ago at the Motor Show in Frankfurt. The fantastic Italian brand is believed to disclose its convertible variant in a year. Alike the version with the closed cab, the Speciale Spider will be lighter and also will have the same steering system of stability disclosed a year ago. It wears a name Side Slip angle Control. The system is able to change the torque amount arranged between the back wheels split second. This assures the highest performance through an innovated algorithm. In the result, SCC will be joined in all Ferrari offerings, but it exuded with the Speciale.

Though Ferrari has not announced detailed specifications of the model yet, but it is obvious that it will come out with the familiar naturally aspirated eight-cylinder engine. The engine displacement will be of 4.5-liter. The car will be able to produce 605 hp at 9,000 RPM and torque of 398 lb-ft at 6,000 RPM. Counting roughly, the offering is supposed to be 200 lbs lighter than the regular 458 Spider.

More explicated information expect at the official disclosure which will happen next week in Paris.