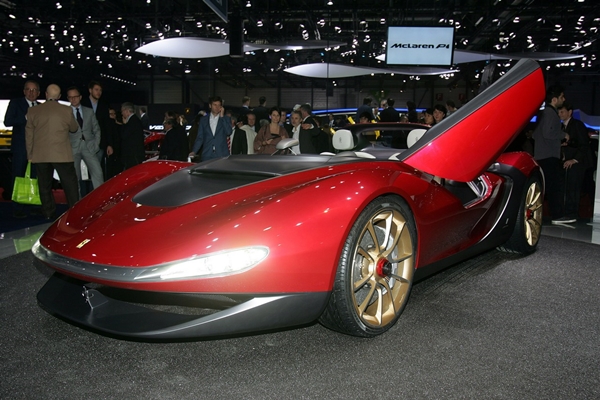 Sergio concept will actually have the next life period with Pininfarina aiming for six cars.

Pininfarina became the author of the much acclaimed Sergio concept, an elegant car for two seats commemorating the ingenious car designer. Until recently the allegations of the further steps from the brand did not go further. Not so long ago the Italian narrow-spec brand decided to break the silence, and did it with the pleasant piece of news of venturing the assembly of six vehicles. It is already known that a lot of liking will be supplied by Ferrari 458 Spider. Naturally, low supply generated immediate customers’ feedback.

Pricing ideas range in wild frames, with £650,000 being the lowest, and £1,300,000 – the highest. Some discrepancies in legislation might have meant the obligation of the six lucky drivers to enjoy their rides in helmets. Nevertheless, the presence of side windows and a windscreen saved them from this discomfort. Front bumper of the car, in spite of the abovementioned loophole, will have to be modified.