An unmanned timber carrier was developed in Sweden (VIDEO) 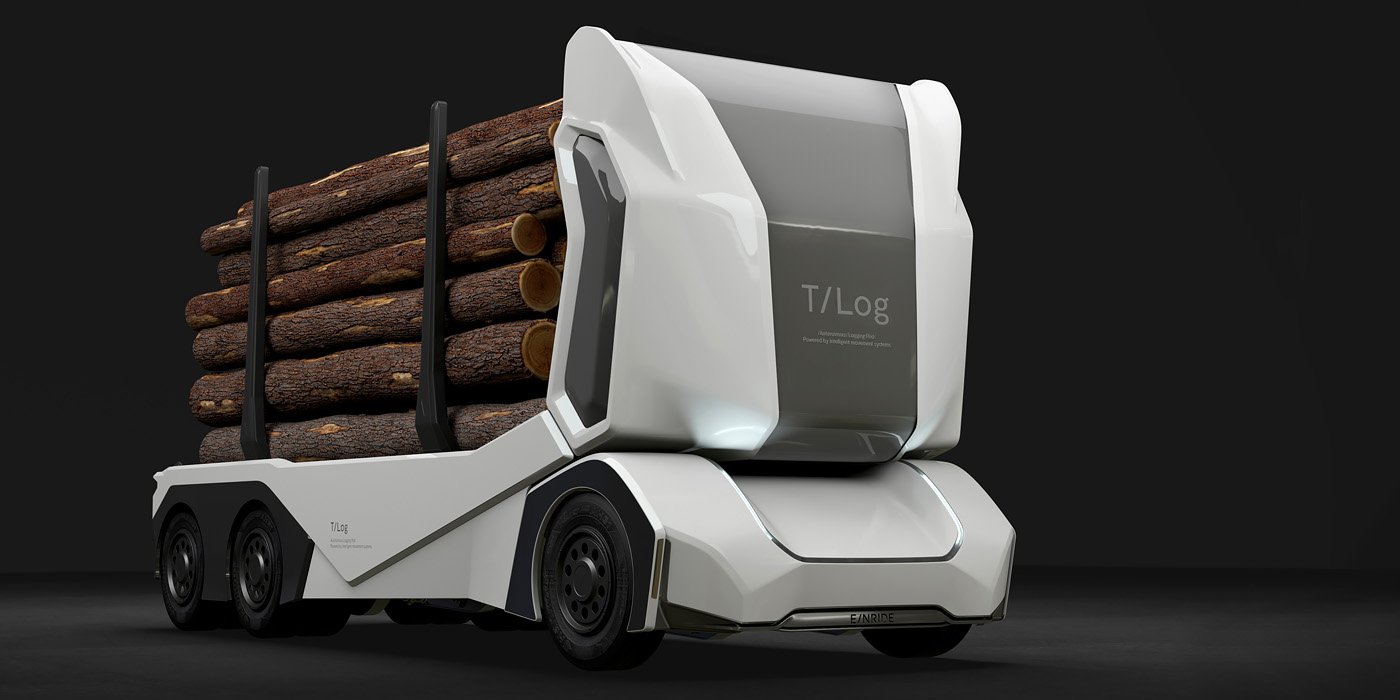 The Swedish company Einride showed at the passing Festival of Speed â€‹â€‹in British Goodwood the concept of an unmanned T-log timber carrier.

The novelty has an electrical installation. It is assumed that in 2 years an unusual car will fall on the first tests on public roads.

A stand-alone NVIDIA Drive system of the 4th level is prepared for T-log. The logger does not have a cabin, because it can be operated remotely. On one charge such transport will pass about 195 kilometers. Maximum timber load carries 16 tons.

By the way, even Einride presented a couple of months ago the prototype of the truck T-Pod. He also removed the cabin, plus some elements of mechanical control, which allowed the device to "swing" in length by 7.3 meters, but the carrying capacity of the transport reaches 20 tons.