The evolution of the Dodge Viper is shown on the video 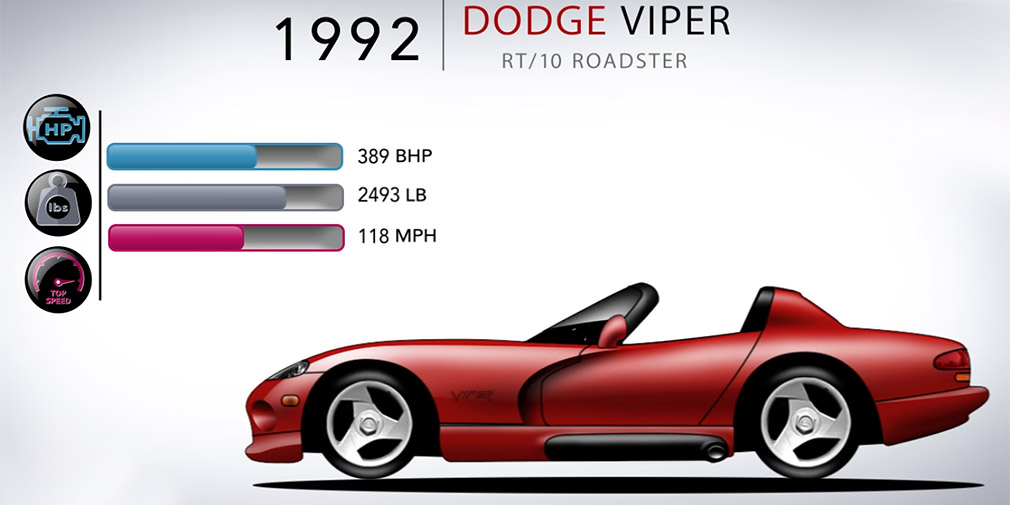 YouTube channel Cars Evolution has distributed a new video, dedicated to the history of companies and their models.

Now before us is the development and major versions of the Dodge Viper supercar (previously the car was made on behalf of the SRT brand). The first machine was called Phase SR I and her release was in the period 1992-1995. The car was equipped with a 405-horsepower 8.0-liter V10 with a 6-speed manual. Supercar accelerated to 96 km/h in 4.6 seconds.

Since 1996, the market has a powerful variation with a motor at 421 hp, plus a GTS version with a 450-horsepower unit. The second generation of the Dodge Viper was equipped with a larger engine 8.3 liters per 500 "horses" with 712 Nm. This car was the first in the history of the model, able to accelerate to 96 km / h in less than 4 seconds.