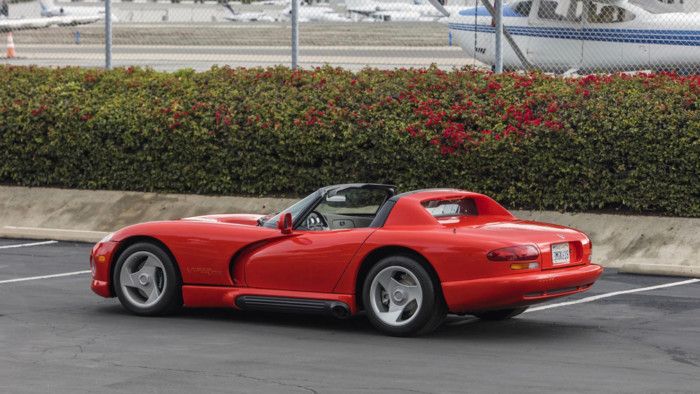 The world's first Dodge Viper was the property of the legendary Lee Iacocca, who in the early 1990s served as chairman of the board of Chrysler. He approved the appearance of the Viper product, presenting the model in Detroit 1990.

At the beginning of auto production, the model was equipped with an 8.0-liter V10 aspirated, which was modified by Lamborghini specialists. The motor interacted with a six-speed "mechanics." The weight of the aluminum engine is 323 kg, developing 400 "horses" and 630 Nm. "Hundred" was typed by the machine in 4.6 seconds. The maximum speed reaches 290 kilometers per hour. The mileage of the sold Dodge Viper is only 10,010 km. 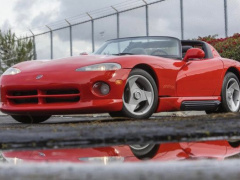