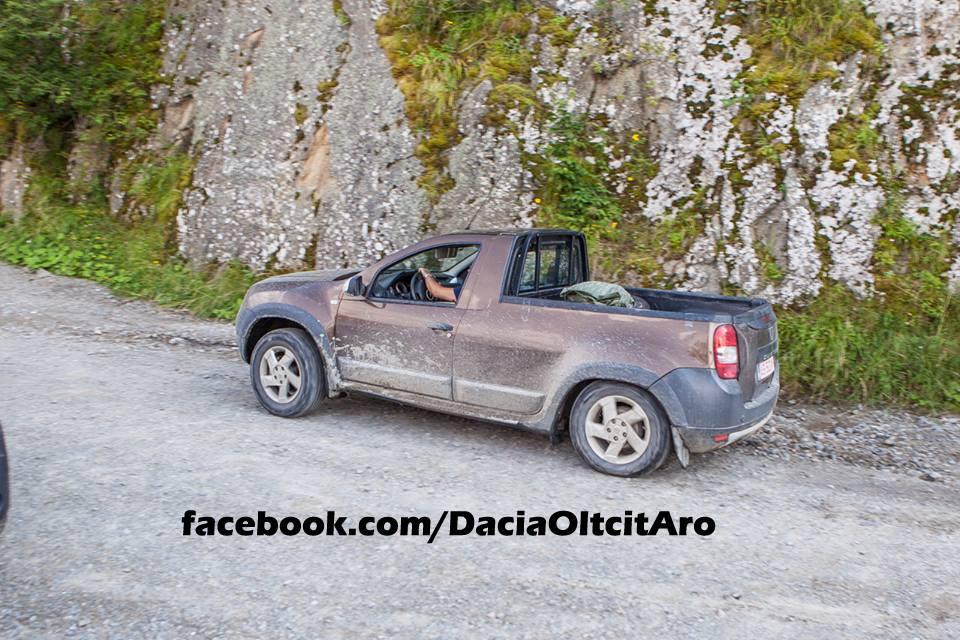 Wearing absolutely no disguise the prototype of the pickup has been caught by spies.

Previous information allows suggesting that the off-roader which caught the spies’ attention is the mutually developed product of two Romanian auto brands spawning a pickup truck version of Dacia Duster.

Such a step allows Dacia to return pickups into its ranks. Once Logan acquired such a modification, but starting from 2012 this line offers three other versions not including a pickup variant.

Naturally, some important interior innovations had to be made in regard to body type conversion. Particularly, rear doors gave way to install a larger truck bed. However, the engineers of the new car considered that the output of the standard variant will do, so the most likely offering is an engine with the displacement of 1.6 litres and 103 hp of power, a more compact but stronger 123-hp turbo and a diesel variant with either 88 or 108 hp. The diversity will continue into the drive layout.

Premiere of the pickup from Dacia is expected to be held in two months in Paris. 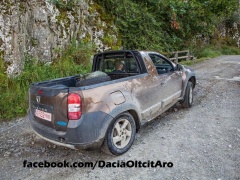 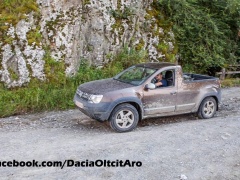