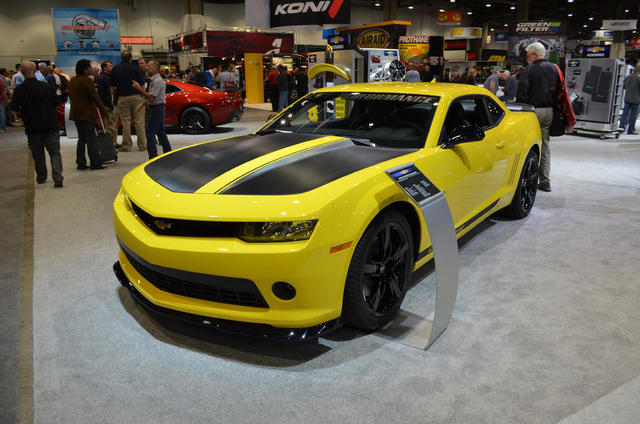 Three Camaros in Chevrolet’s booth at the 2013 SEMA Event are doing their best to advertise the automaker’s catalogue of performance details.

Both the Chevrolet Performance Camaro V8 and V6 models show how far the regular V6 and V8 muscle vehicles can reach. Then there’s the Performance Garage Camaro, which is the meanest of the group.

It takes parts from both the Z/28 and ZL1 to become a track-oriented muscle vehcile based on the Camaro SS. For instance, it borrowed brakes and a short throw shifter from the ZL1, both of which are now offered as aftermarket equipment. But the most vital pieces come from the Z/28. Chevrolet hasn’t reached an agreement yet, but tells it is thinking over unleashing select parts from the hardcore range-topper. They feature “shorty” exhaust headers and a 2.75-inch exhaust system, front ride/handling links, rear upper control arms and dynamic suspension spool valve dampers among many others.

In the interim, the Performance Camaro V-8 Concept shows a long list of cosmetic details nowadays available through Chevrolet’s dealer network. A ground effects kit, blacked-out badges, body-painted hood louver and Recaro sport seats are just some of them. The concept also includes a Z/28 exhaust, but Chevrolet hasn’t given the green light to unleash that outside the vehicle it’s meant for.

Chevrolet has chosen the V6 model to showcase a short list of performance details featuring the suspension and strut tower brace from the 1LE. It also receives Brembo brakes from the SS, a Borla performance exhaust and 20-inch 45th anniversary special designed wheels. 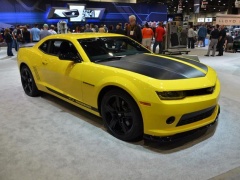 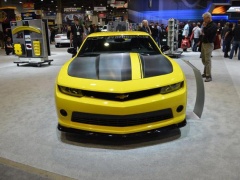 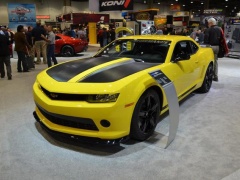 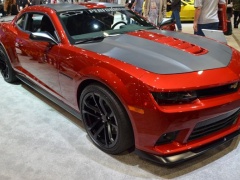 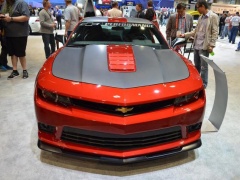 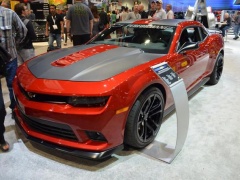 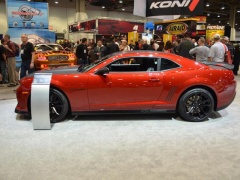 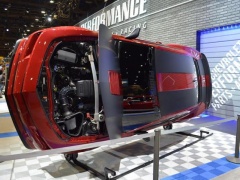 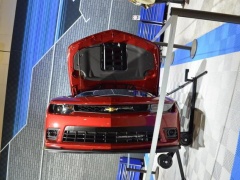 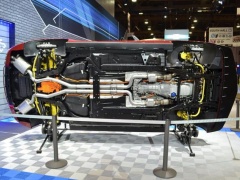