New Buick's Design in the 2017 LaCrosse 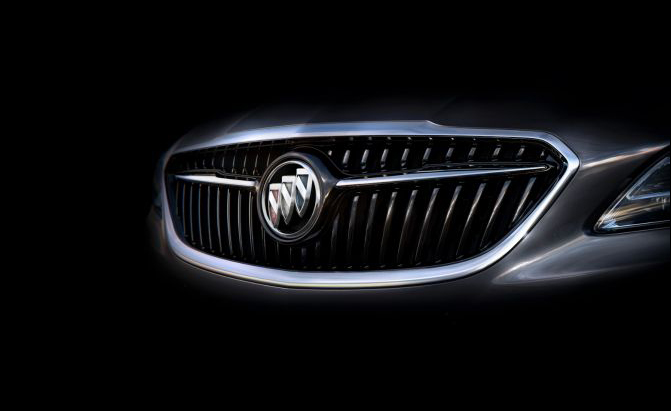 See the teaser with the 2017 Buick LaCrosse from the American automaker. This teaser proves that it will receive Avenir-inspired styling cues.

The automaker has announced that the next-gen LaCrosse is being developed as a completely new offering. It is taking its inspiration from the outstanding well-received Avenir concept. The concept was introduced sometime earlier in 2015. It is possible to see the new model’s radiator enclosure on the teaser picture. It builds in an innovated 3-colour tri-shield emblem that rests on a wing-shaped detail. The darkened bars of the grille span the width of the opening. They connect headlamps and the grille. This emphasizes the outlook of the offering.

The model under consideration will be developed on an innovated chassis. It is lighter and stronger than in the circulating model. There also is a 5-link rear suspension among new technologies. It gives more responsive ride. By the way, this premium characteristic is absent on lots of full-size luxury offerings.

The 2017 Buick LaCrosse is going to be introduced at 2015 Auto Show in Los Angeles.

The vice president of the company stated that the Avenir concept smashed the expectations concerning a Buick. The new offering is going to do the same. The expensive design of the model is a break through.