Is it the Next Bugatti? 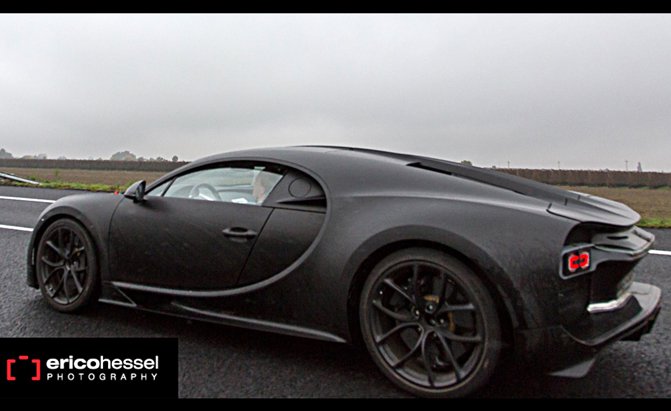 A photographer has snapped a car that can possibly be the replacement of Bugatti Veyron. It was a high-horsepower Chiron open for the view of observers.

The car was caught between Imola and Bologna. Erico Hessel, who took the photo, assures that he saw 3 matte black vehicles or mules. They were bookended by two passenger vans. The models remind of the Veyron, but have a new rear end. It is obvious that their styling was inspired by the Vision GT Concept that was presented at the motor show in Frankfurt in 2015.

The photographer shared with Top Gear that it was a “mind-blowing” experience for him.

The gossips suggest that the actual underpinnings of the Chiron prototype are hidden under the Bugatti Vision GT Concept’s guise. Bugatti has not revealed the details of the model’s replacement yet. All that was told is its price. The vehicle is said to cost $2.5 million. Besides, it is supposed to produce the excess of 1,500 hp thankfully to an upgraded variant of the quad-turbo W16 engine. It will be joined to hybrid components. The Chiron will probably be introduced at the Motor Show held in Geneva next March.