First Bugatti Veyron will be Available at Auction 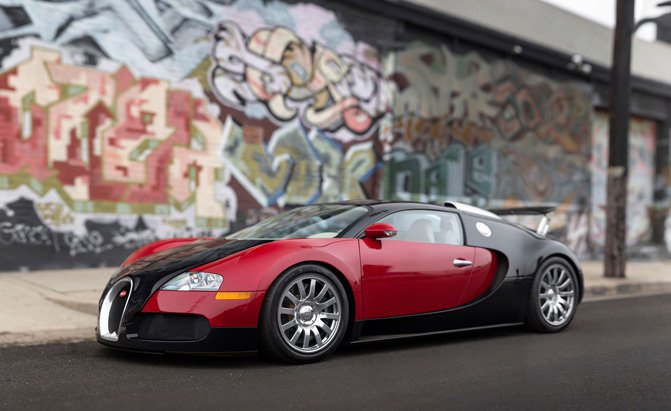 The first production Bugatti Veyron will become a property of one lucky person.

The 2006 Veyron 16.4 from Bugatti with running gear number 001 is making its route to the auction of RM Sotheby. The auction will be held in Monterey in the middle of August.

The car’s odometer shows 764 miles. Not long ago the car was showcased at this year’s Motor Show in Geneva together with undercarriage number 300 and 450. This first-ever model was serviced by Bugatti Beverly Hills in June.

The Bugatti Veyron was launched ten years ago. It helped the French producer to bring its high-end cars to the forefront. The automaker has set records during its presence on the market.

The vehicle’s production came to its end sometime earlier in 2015. This happened after the 450th car was developed. It is said that the model’s successor will receive the name Chiron.

It will not become one of the multiple special edition Veyrons which have been manufactured for the past ten years. Though, it will still be equipped with the outstanding 8.0-litre quad-turbocharged W16 motor. As the first Veyron has “just” 1,001 hp and torque of 922 lb-ft, its top speed stands at 253 mph.