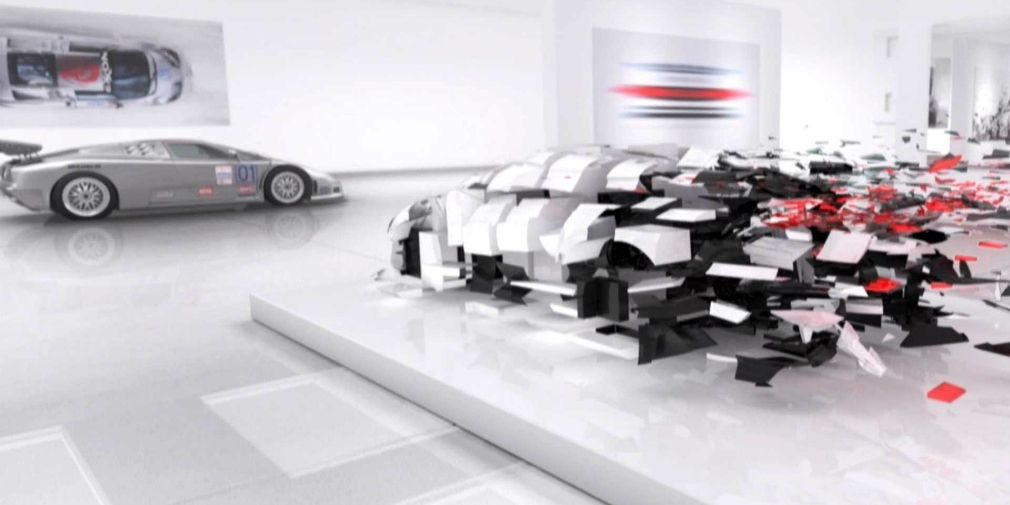 The Bugatti showed the first teaser of the latest hypercar, which will appear in a limited edition. Ten such models expected at 8 million euros per copy price.

According to rumors, the French will show a modern interpretation of EB110, which released in 1991 on the 110th anniversary of the founder of Bugatti Ettore Bugatti.

In the standard version of the GT, the mid-engine coupe will be provided with a 3.5-liter V12 with four turbines with a power of 553 horsepower along with a 6-speed "mechanics." Bugatti EB110 picks up "a hundred" in 3.5 seconds at a top speed of more than 340 km/h.

The modern Bugatti EB110 will receive the Chiron hypercar with a 1,500-horsepower 7.0-liter W16 with four turbocharged compressors. The car can accelerate to 100 km/h in 2.5 seconds, and as much as possible "for safety reasons" they limited the speed to 420 km/h.