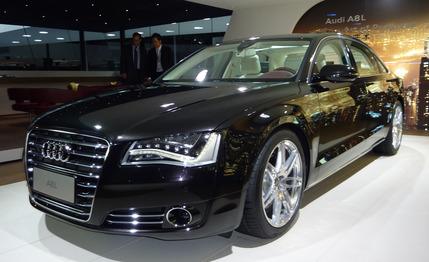 The enhanced 2014 Audi A8 wasn’t meant to be publically revealed until tomorrow but pictures of the flagship sedan have already spilled.

Main changes feature Audi’s fresh Matrix LED headlights that are able to alter the number of LEDs lit to shift between high- and low- beams. The lamps are 18 LEDs per unit, but government safety regulations will prevent them from being sold in the U.S.

The front bumper is also refreshed including chrome trim separating its segments. Rear style has also been changed with a fresh bumper with refreshed exhaust ports. 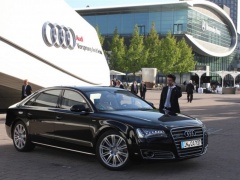 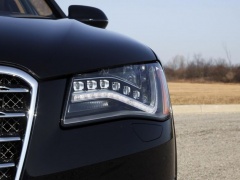 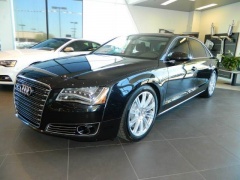 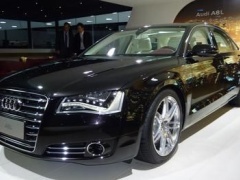 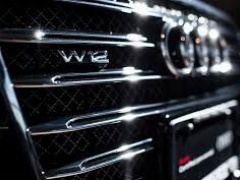