Presentation Of The Next Year's Aston Martin Vantage

The next-gen Vantage from Aston Martin debut today, on November 21st. The producer from the U.K. Has already teased the unit.

The brand has chosen an image of a wolf’s eyes along with the hashtags #NewVantage and Unlike the previous sneak peeks at its upcoming sports car, Aston Martin has chosen to use an image of a wolf’s eyes, accompanied by the hashtags #NewVantage and #BeautifulWontBeTamed. We concluded that the styling will be attractive and feature predator-like performance. We also know that the unit should have much in common with James Bond’s DB10 as to the styling.

The car should be equipped with the 4.0-litre twin-turbo eight-cylinder sourced from Mercedes AMG. The motor should provide 375 kW and torque of 675 Nm. An in-house 5.2-litr twin-turbo twelve-cylinder with 447 kW and torque of 700 Nm should also be available some time soon. 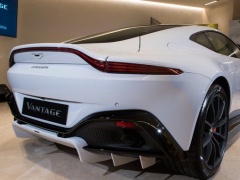 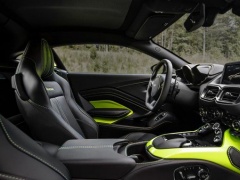