Renders of cars, which the company refers to as a 'diffuser on wheels', appeared on Instagram on the official page of the British. The head of the Formula 1 team Red Bull Racing Christian Horner wrote that today 'Valkyrie' is in the last stage of the simulation tests. The real prototype will appear on the roads at the end of 2018.

The novelty has a 2-color gradient color of the body of carbon fiber, disks with a pattern of cells, mounting windshield wiper, as well as trim chairs in a bright tone.

The basis of the hybrid installation in the car - a record for power road aspirated engine - 6.5-liter V12 per 1146 'horses'. They built an engine at Cosworth, and the Croatian company Rimac is responsible for the electrical part.

The base and body part of the Aston Martin Valkyrie will be made almost entirely carbonic. 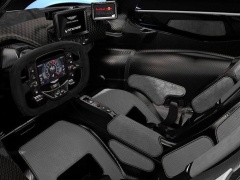 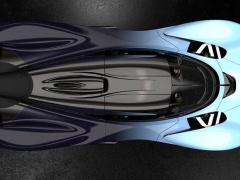