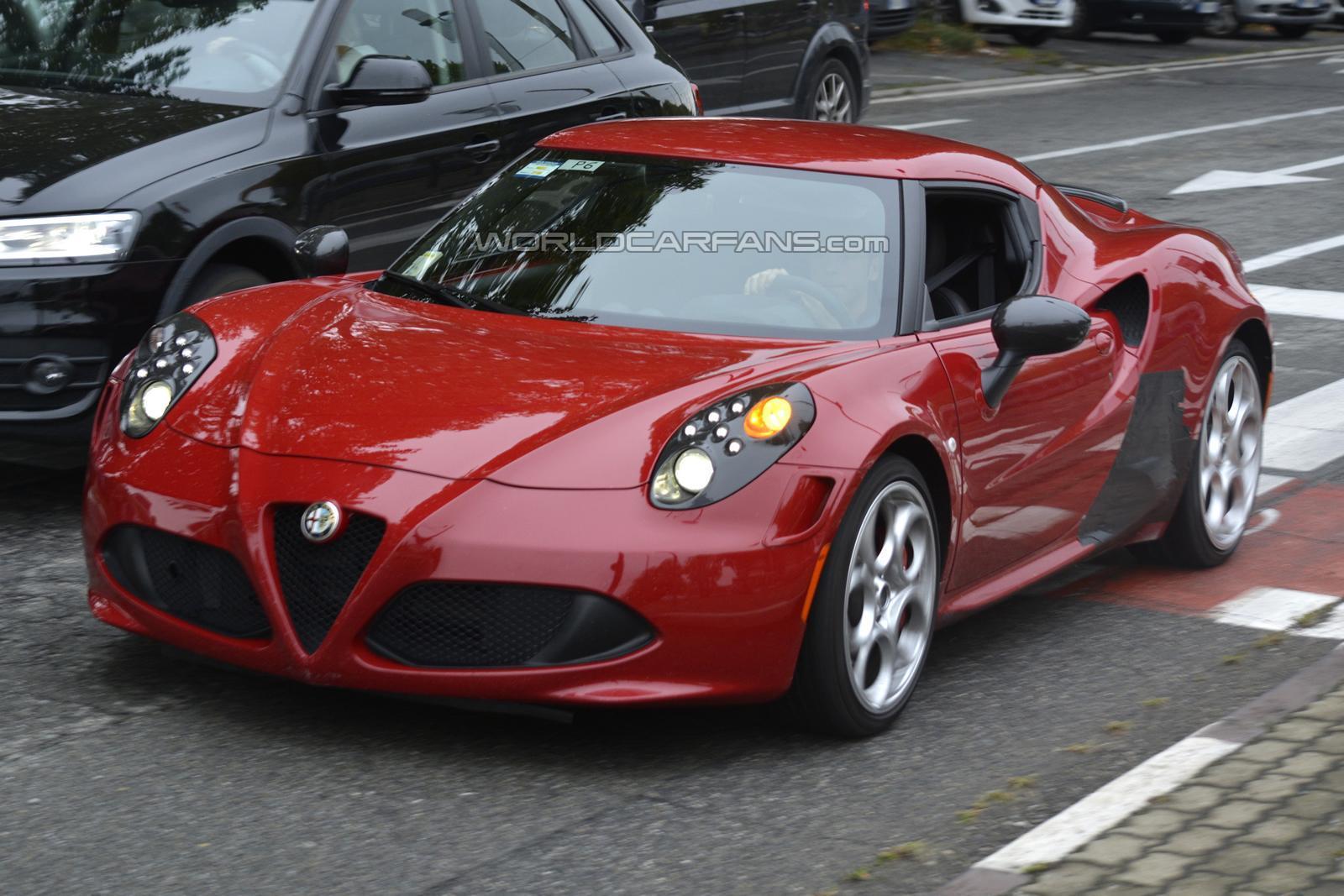 A prototype of enigmatic Alfa Romeo 4C appeared in the web and probably a superior model is going to be created in 2015.

Harald Wester, the chairman of Alfa Romeo, gave an allusion about a more powerful model of the 4C in the end of June. There are chances that this special model is the one he was speaking about. Believably having the Stradale or Quadrifoglio Verde name, the superior 4C is depicted on these photos. The version is characterized by a more aggressive body design of the intake system situated in the front of the backward wheels.

Besides, there will be additory intakes situated in the both right and left topside corners of the front bumper. The side profile also changes its skirt. The back bumper is changed just as much as dissimilar exhaust tips together with extra breather holes on the quarter panels above the circular rear marker lights.

According to different reports, a track-only model is being constructed. The more superior road-going 4C will be shown in March of 2015 at the Motor Show in Geneva. Moreover, earlier in that year Alfa Romeo is going to start up its another product – a 4C Spider with a black canvas top. 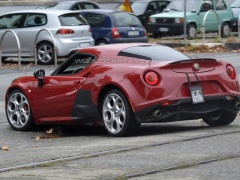 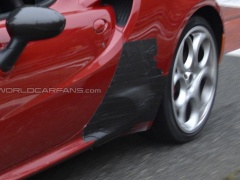 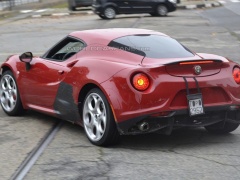