Inflammation of Acura NSX 2016 during the Test 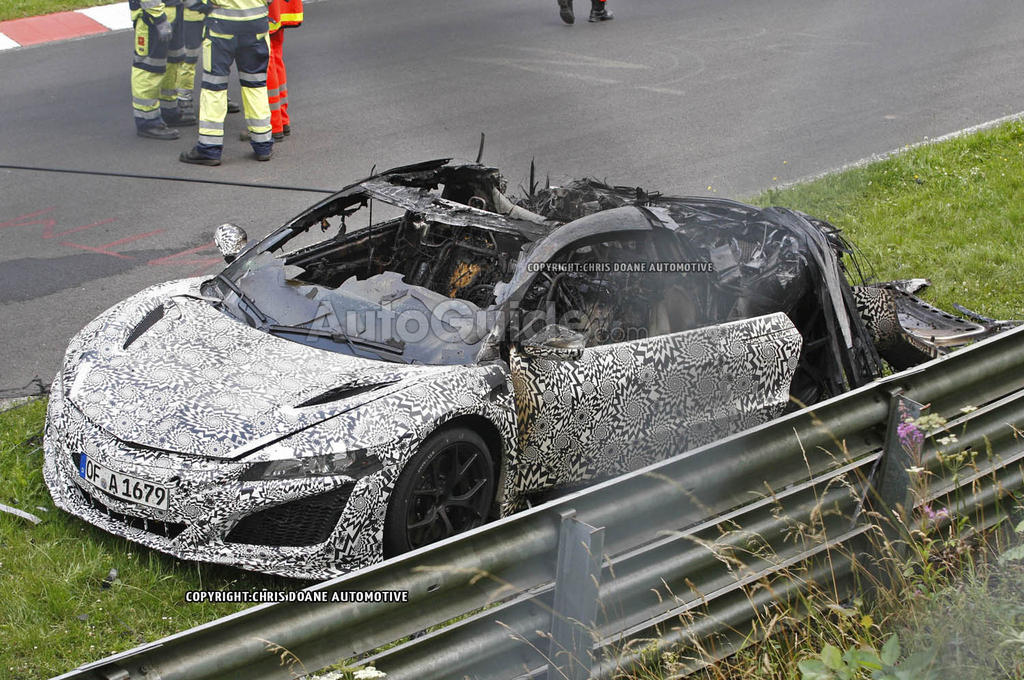 An unpleasant accident happened on Nurburgring tracks when Acura conducted a routine test.

As the official confirmation has not been given yet, spied details provide an overview of the fire. The driver has allegedly not been harmed, but the supercar prototype itself incurred serious damage. Twin-turbo engine with six cylinders, a middle layout and displacement of 3.5 litres works with twin-clutch gearbox for seven speeds installed in the model. Being a hybrid, the newest Acura will use two small electric motors in the front and one in the back.

Approximate total output of the car ranges between 500 and 525 hp, but Honda still refrains from naming the exact figures. When information about inflammation leaked, no one was there to react from the company’s side.

Assembly lines will welcome the model next February on an American factory of Honda. 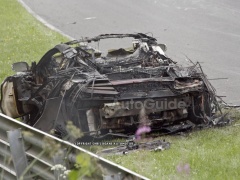 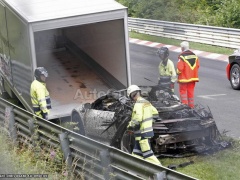