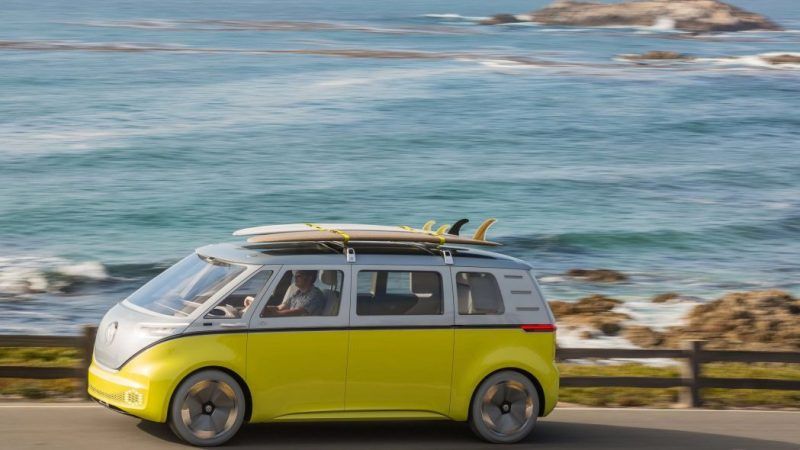 In Europe, Volkswagen has applied to the European Union Intellectual Property Office for an e-Samba name registration.

Most likely, with a similar name will appear a serial version of the Volkswagen I.D. Buzz prototype microbus.

By the way, Samba is a microbus version of the Volkswagen Type 2 (Microbus), which was released in the distant 1960s. The differences from the standard car saw by the windows that appeared even on the roof. Some versions of the machine have a panoramic rooftop.

The e-Samba name from Volkswagen must appear as a new electric minibus in Europe.

Volkswagen I.D. Buzz prototype is a modern interpretation of the iconic T1. The novelty has two electric motors with 369 horsepower and a lithium-ion battery. Cruising range - 600 km on a single charge. The maximum speed is 160 km/h.