VW Routan minivan is going to be removed from production 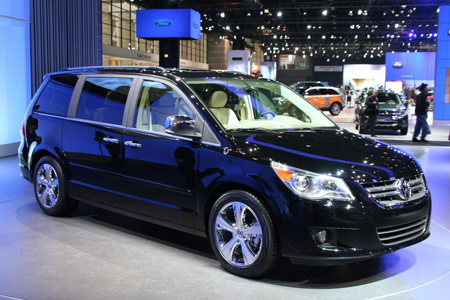 The Routan will be gradually removed during this year, with the units destined for "inner purposes" such as VW's corporate fleet, informed CEO of Volkswagen Group, Jonathan Browning.

"The section is contracting in favor of crossovers and SUVs, that was as a bridge solution for us", Browning said in an interview at the New York auto show.

A Chrysler speaker rejected the announcement.

VW doesn’t see any future of minivans, while other auto brands like Honda is showing a 2014 Honda Odyssey at the New York show.

"I think nobody can reject the fact that there has been a crack, if you look at the history of the minivan section" CEO claimed.

Minivan sales in USA rose up to around 600,000 vehicles last year, with the help of Chrysler Group, Honda and Toyota Motor Corp.

Chrysler halted producing Routan at a plant in Windsor this summer.

VW signaled intentions to offer a midde-sized SUV aimed at families by showing the CrossBlue model in January at the Detroit auto show. The price is expected to be between the Touareg and Tiguan vehicles.