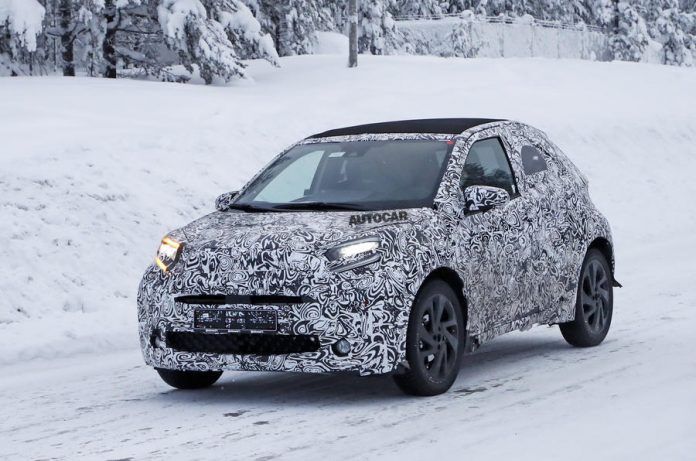 Spy photos of the new generation Toyota Aygo have been uploaded to the network.

Its official premiere will take place at the end of this year.

The new Aygo has been spotted during winter road tests in a heavily camouflaged form. It will keep its traditional design in general but get some new elements.

Initially, buyers of the new-generation Aygo will be offered only with a petrol powertrain. But then it will have a hybrid version. But it will not have an electric performance as it will raise the price.