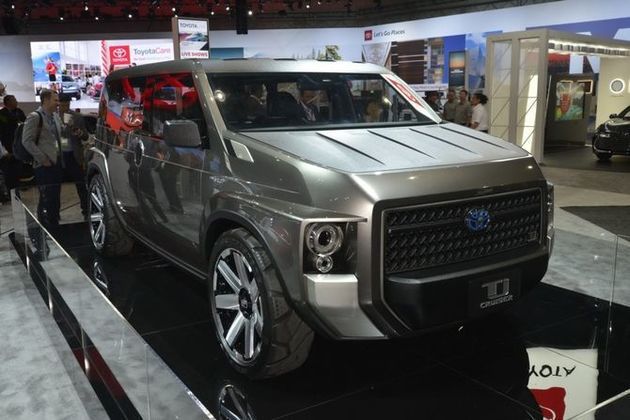 Toyota TJ Cruiser - an unusual car that many will seem familiar. Perhaps in the near future, we will see it more often.

At the International Auto Show in Los Angeles, Toyota introduced the TJ Cruiser, a practical off-road vehicle that the company considers a very relevant solution for the everyday tasks of modern man.

It is noteworthy that the concept is made in a very fashionable rough style, which today is gaining new popularity and is finding more and more admirers. Unusual Toyota crossover is

also distinguished by the possibilities of transformation of the cabin for the transport of large goods. You will be right if you say that you see this car, not for the first time. Last year, Toyota has already shown this prototype at the Tokyo Auto Show. Then the audience responded very warmly about the TJ Cruiser. All stood in anticipation of the company's decision to produce a new product in series, but nothing like this happened.

Now the Japanese automaker introduced cars to Americans and received the same positive feedback. Does the Toyota TJ Cruiser really have a chance to get on the conveyor? How else to explain his appearance in public at the moment when the inspired motorists have already lost hope? 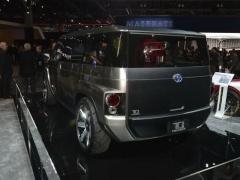