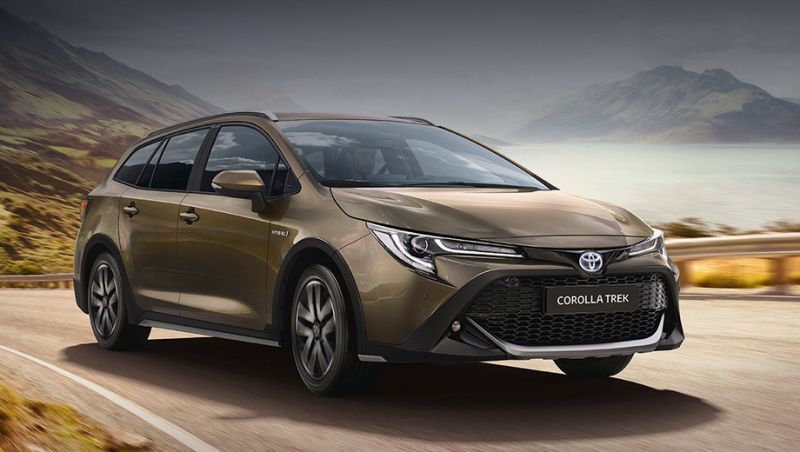 Edging in black from the front to the rear bumper is Toyota's response to the design of modern SUVs.

European Corolla received an all-terrain version of Trek. This modification is available only for the Corolla Touring Sports model. Of the new changes: increased ground clearance, unique 17-inch wheels, as well as a plastic body kit around the perimeter of the body.

According to experts, the wagon can be with both a turbo-four of 116 hp and a hybrid of 122 and 180 hp. The release deadline has not yet informed.