Toyota Tundra Future to Depend on Fuel Efficiency 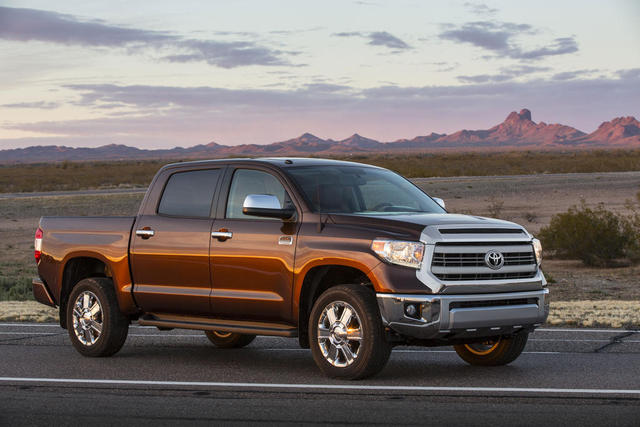 When the 2014 Toyota Tundra was uncovered during the Chicago Motor Show last February, it arrived without any technical upgrades.

However, the vehicle debuted with cosmetic upgrades. The automaker also announced a fresh “1794 Edition” that arrives with premium materials meant as an answer to American luxury vehicles.

Toyota sells a fraction of the vehicles that Ram – the lowest volume of the Detroit 3 – does and major upgrades to the Tundra aren’t likely soon. Despite that, Toyota hasn’t cancelled the possibility of beefing up its truck portfolio.

Speaking with Edmunds, Toyota sales chief Paul Holdrige told the Tundra’s next major refreshment will happen sometime after 2018 when the next wave of CAFE standards will be clarified.

“We are working really hard trying to figure out what the CAFE regulations for 2018 are going to be because that will have a huge impact on what power plants (and) what alternative power plants we might have to put in the vehicle to participate in half-, 3/4 and the one-ton truck market,” Holdrige informed.

Nowadays, the Tundra only takes part in the half-ton class, even though Toyota is weighing the possibility of providing bigger gross vehicle weight trucks. It will all depend on U.S. government fuel efficiency mandates. 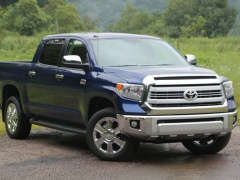 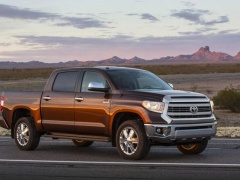 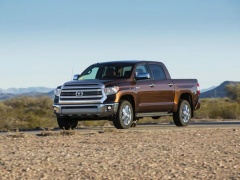 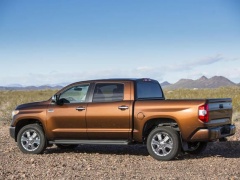 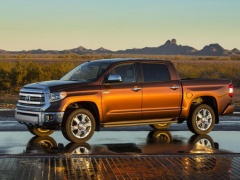 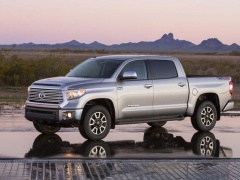 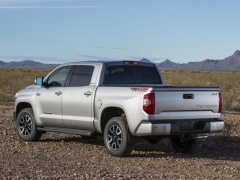