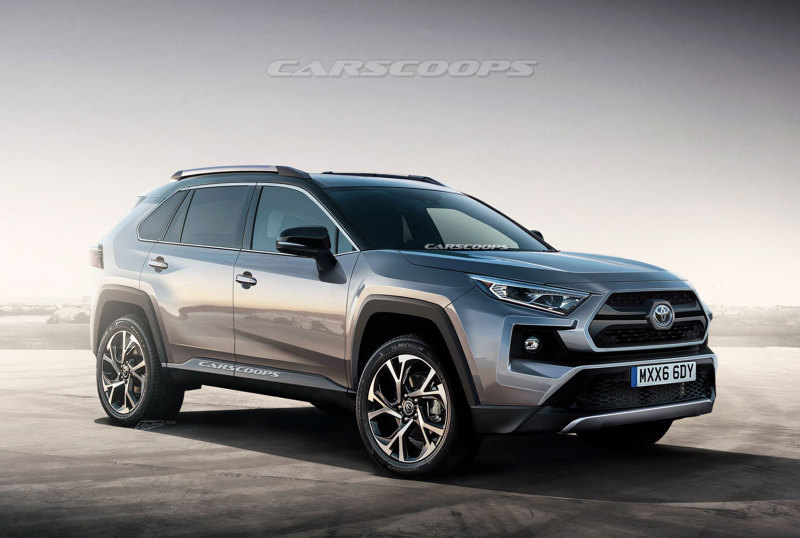 The photo shows a design variation that resembles a future production car. It is specified that the novelties of 2019 so much take from the prototype Future Toyota Adventure Concept 2017.

The car of new execution, most likely, will debut in 2019. The novelty will be based on the TNGA-C platform, which is present in the Camry, Prius and C-HR. The technical component of the Toyota RAV4 2019 is not officially disclosed, but according to rumor, the cross will be driven by turbocharged petrol and diesel engines, plus a major change in its hybrid version is expected. The transmissions can be CVT variator and 8-speed automatic transmission.

Among the technologies, an intellectual cruise with an accident prevention system is expected, a semi-autonomous system that will be launched in the most expensive equipment. Salon will get multimedia, reminiscent of what is present in Toyota Avalon.