The first live tests of the unmanned car began in Japan 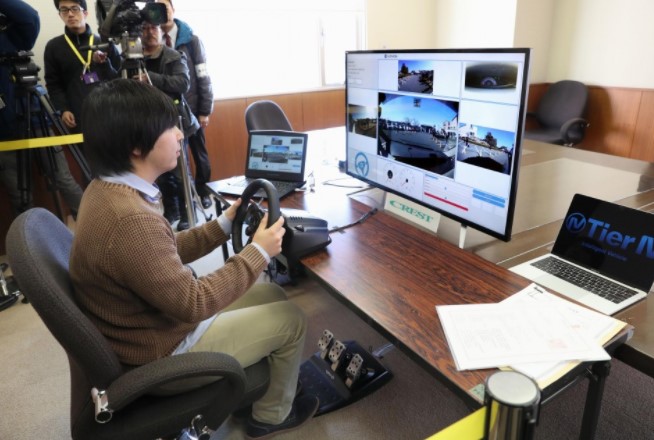 The tests of an unmanned vehicle on an ordinary road first began in Japan on Thursday.

For the experiment, we selected a 700-meter-long highway section in the city of Kota in the central part of the main island of Honshu, open to other traffic, Kyodo reports. UAV was developed by one of the local venture companies, intending to create a park of unmanned taxis. The minibus fixes the situation on the road with the help of radars and cameras, reacts to traffic signs and actions of other vehicles and pedestrians, TASS reported.

At the first stage of the tests, the maximum permitted speed with which it can move is not more than 15 km / h. Behind the action of a drone with the help of a remote control system is the operator who, in an emergency, can stop the minibus. By March 2018, similar tests are expected to be conducted on the busiest streets of the administrative center of Aichi Prefecture - in the city of Nagoya with a population of more than 2 million people.

The authorities of Japan in the current financial year have allocated about 2.85 trillion yen (about € 25 billion) for the development of unmanned vehicle technologies and the creation of new generations of environmentally friendly cars.