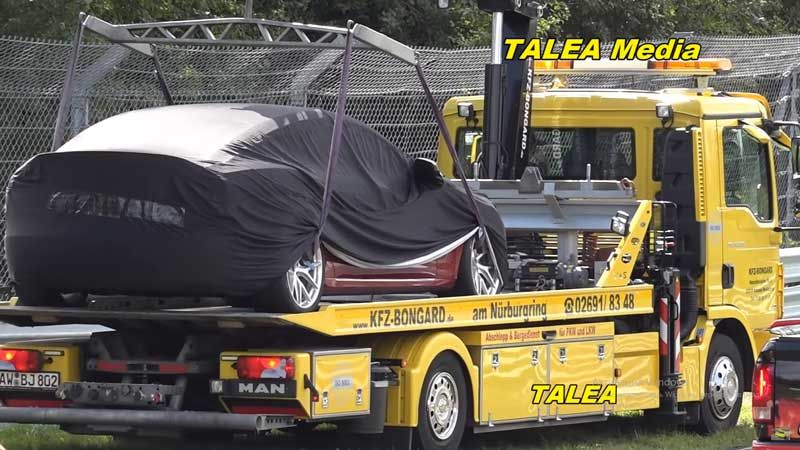 Tesla planned to double the Porsche Tycan record at the Nurburgring, but one of the 3-engine Model S broke.

Representatives of Tesla reported earlier that they still managed to beat the achievement of an electric Porsche Taycan for 20 seconds. After that, Tesla wanted to surpass performance at the Nurburgring by 15 seconds at once.

Most likely, one of the prototypes of Model S version P100D + Plaid couldn't stand the race for a record time.

A couple of hours ago, the Network distributed a video where you can see how a car stopped on a track receives help from a tow truck, which, in the end, took the vehicle to the boxes.