Tesla continues to prepare for a record race at the Nurburgring 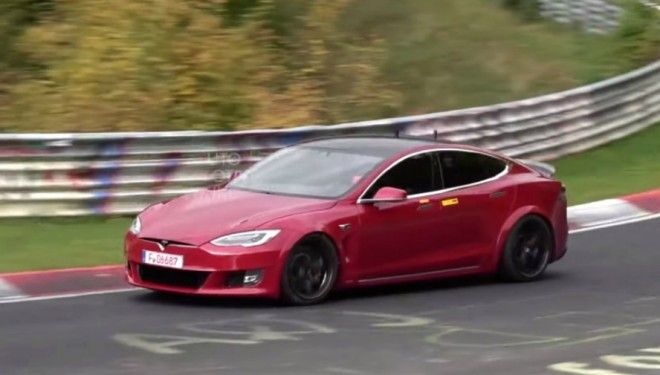 Tesla is once again testing new versions of Model S at the Nurburgring.

The goal of such trials is to prepare for the Northern Loop record. Representatives of the company have so far shown a video with renewed races. Tesla wants to take the title of the fastest 4-door electric car from Porsche Taycan.

By the way, the German electric car drove a track 20.6 kilometres long in 7:42 minutes. Beat this time will try the new version of Tesla Model S - P100D + Plaid. It was built on a modernized platform, equipped with three electric motors.

Tesla claims that one prototype news on test races showed a time of 7:20 min. Americans expect that with the introduction of "some changes" the car will travel a circle 15 seconds faster.