Tesla Model 3 got wheels instead of wheels 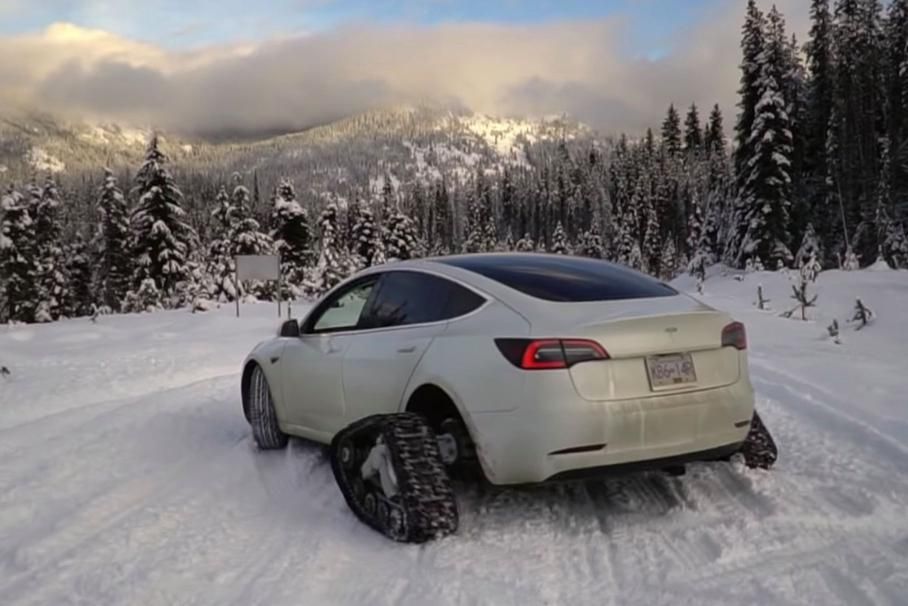 Canadian blogger Michael remade Tesla Model 3 into a hybrid-electric snowmobile to ride on it a snowy slope.

The specialist was assisted by the Mullin Manufacturing company, whose task was to replace the rear wheels with tracks. Autotests were successful, and difficulties appeared only on one steep road.

At the heart of the snowmobile is the Tesla Model 3 Standard Range Plus, valued at $40,000. This electric car has a cruising range of 409 km at a maximum speed of 255 kilometers per hour. The first one hundred kilometers per hour, typed in 5.6 seconds.

The very difficulty with the creation of this car was to replace the wheels with tracks since the design of the electric vehicle had to withstand the load during extreme descent.

Perhaps the blogger will make tracks instead of wheels for the Model 3 electric car and Cybertruck pickup soon.