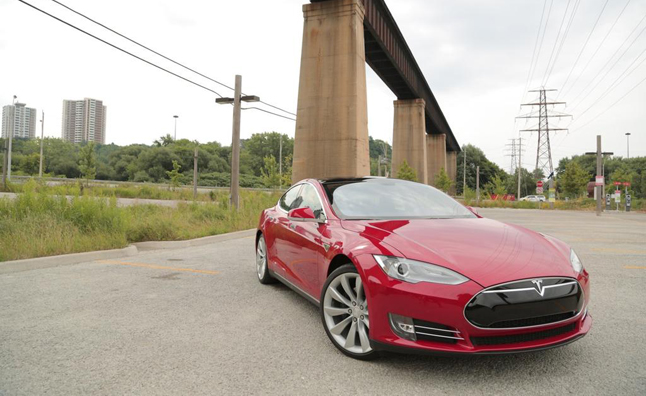 Setting his goals high, Tesla chief Elon Musk informs that he expects the automaker to sell 10,000 Model S sedans a year in Germany by 2015.

Nowadays, automaker Tesla is equipping fast-charging stations on German highways with the goal of covering the entire country by the end of 2014. New Tesla dealerships are also being created around Germany. Musk tells that he expects to have at least 25 operational dealers before the end of 2014.

Sales for the Tesla Model S abroad have been both unexpectedly successful and disappointing. In Norway, 802 Model S sedans have been sold in just the first two months that the vehicle has been on sale, even becoming the country’s best-selling car in September beating out the VW Golf.

However Germans have not been so fast to scoop up the vehicle, with only 97 Model S Sedans being delivered in August and September. In September, the Model S was outsold by the Nissan Leaf and the Smart EV in Germany.

While the Model S seems to have been calmly met in Germany, the expansion of the dealer and supercharger network should help to spur some sales.