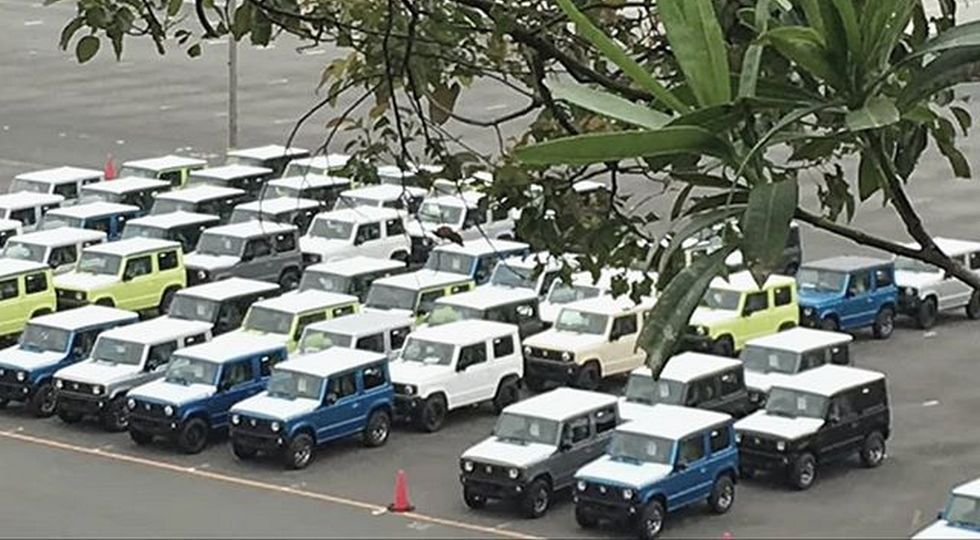 A miniature 4th generation roadster will be on sale at the end of 2018.

Last year, pictures of the new Jimny flew over the Net, which was made in Japan at the local Suzuki enterprise. Those photos showed pre-series versions of the car from test specimens. Now there were other shots that proved that Japan began a large production of a new generation car.

The photo shows a few dozen serial cars, placed in the factory parking lot. The blog claims that the car came to the site, which will be sold in Japan. In these SUVs there is a 660-cc gasoline engine, so Jimny can be called a cue-car.

Officially Jimny new generation has not yet debuted.