New look of Viziv concept model will be presented by Subaru 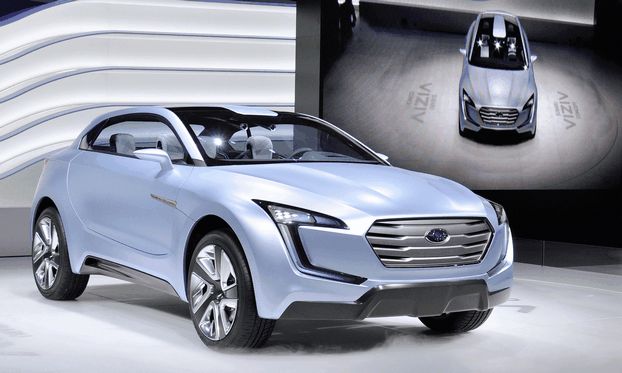 Subaru global design chief says that they will adopt the angular face of the Viziv concept vehicle shown at the Geneva auto show step by step.

Subaru's front end, dominated by a hexagonal grille and wraparound headlights, is too tame, Mister Osamu Namba says. In future, models will take some of their styling details from the Viziv.

The model's front is equipped with aggressive bracket-shaped headlights that fuse with the low fog lights to cut an angular jaw shape.

Some details of the new look will be shown at New York auto show next week.

The look is unforgettable, and that's what Subaru global design chief Namba wants.

"It wasn't enough until now," Namba says. "From now on, we want people to look at the headlamps and think ‘Oh, that is Subaru.'"

The new styling features have crept into the redesigned Forester crossover, which was presented in November. Namba says that they will work on Subaru's lineup gradually.

Subaru will keep the hexagonal grille and pump up the profile for a sharper, more up to date look, Namba added.