Subaru is going to uncover the vehicle next week during the L.A. Auto Show, although details about the model are veiled for now. The photo includes the same paint and wheel colors as a teaser image unleashed by Subaru shortly before the leaked image hit Facebook, assuming this is a legitimate photo of the vehicle and not an artist rendering getting too much attention.

It’s being rumored that Subaru is dropping the hatchback variant to provde its turbocharged funmobile especially as a sedan. Expect a turbo variant of the 2.0-liter 4 cylinder placed in the BRZ under the hood. With a turbo, that motor provides 250 hp in the Forester XT, but that digit will climb for the WRX. In its outgoing generation, the vehicle provides 264 hp. In Japan, the motor already makes 295 hp, so expect something about there. 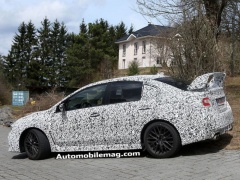 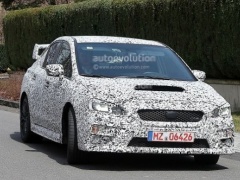 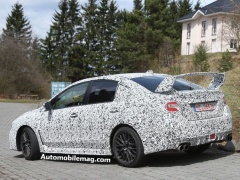