Why did Rare Porsche 959 flip over in Geneva? 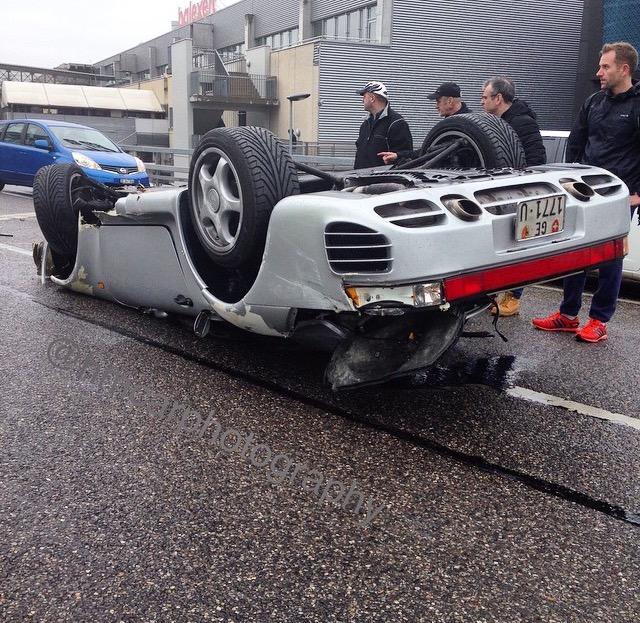 A rare Porsche crash! The driver was able to prang his 959 supercar from 80s and kick it up.

The car’s wheels faced the sky several days ago in Geneva (Switzerland). As eyewitnesses assure that the driver was speeding and not paying attention to the wet road. Finally he lost control. The vehicle hit a guardrail and then landed on its roof from Kevlar. The owner will probably have to pay a mint of money for the repair. We all hope that the vehicle will be fully restored. Do not speed on the wet road!

Back in 1986 when the vehicle came out, it was the fastest production vehicle in the world. The Porsche 959 was able to reach a top speed of 197 mph (or 317 km/h). The car was dethroned in 1987 by the Ferrari F40 which finally became the first road-legal production vehicle to surpass a record high (the 200 mph). 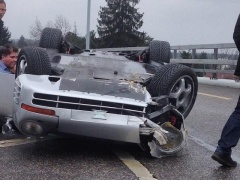