Porsche 918 Spyder Will be Worked off Till the Next Month 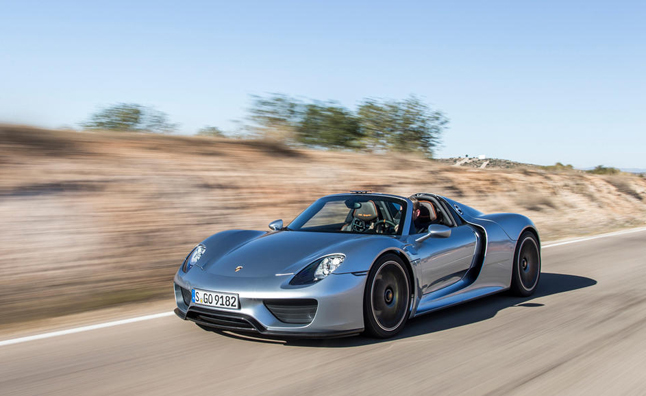 The limited edition of 918 Porsche Spyder supercars is almost worked off completely.

According to Reuters, a little less than 100 special sports vehicles are available now out of the entire number of 918 which the automaker plans to create in a run lasting through July of 2015.The model has an initial price of $847,795, though it can surpass $1,000 000.

Less than 04 have met with the clients. There has already been one annihilated after inflaming at a fuel filling station in Toronto.

The vehicle is equipped with a 4.6-litre eight-cylinder powertrain joined to electric motors which are connected to the front and back axles. The total system of the output is 887 hp ad torque of 590 lb-ft. The highest speed exceeds 211 mph. The vehicle will be able to start-up from 0-62 mph in 2.8 seconds.