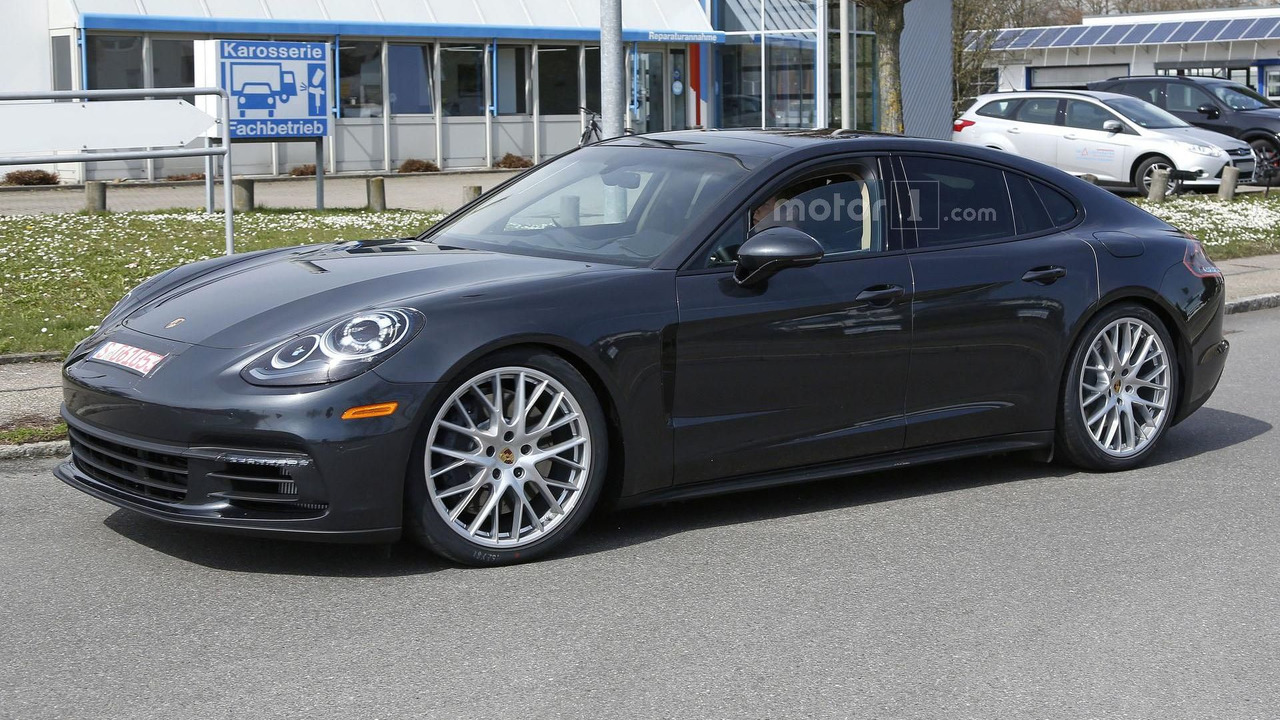 The restyled hatchback has familiar design. It was snapped during testing in Germany.

Designers honoured the vehicle’s appearance. Expect it to be more attractive than the previous model. A new front fascia featuring LED turn signals and evolutionary headlamps were added. The vehicle has been fitted with a sculpted hood, aerodynamic mirrors mounted on the doors and front fender vents. At the back you will find a dual exhaust set-up a sportier roofline and beefy rear fenders.

The Panamera Turbo features a sportier front bumper and round fog lights. Its exhaust set-up is 4-piped. Lightweight alloys are backed up by high-performance brakes with yellow calipers.

Unfortunately it was hard to catch the photos of the interior. Judging from the previous pictures, the car will have an innovated instrument cluster and an infotainment set-up with a bigger touchscreen display. The most important change is a new centre console. The console has a restyled shifter and capacitive-touch controls.

The company keeps silence about model’s specifications. However, it will ride on the innovated MSB chassis using aluminium, lightweight composites and high-strength steel. In such a way, the 2017 Panamera will be lighter than the previous model.

We know nothing about the engine options. There probably will be several motors along with an entry-level six-cylinder, a Turbo version with a 4.0-litre bi-turbo eight-cylinder and a mid-range eight-cylinder engine. 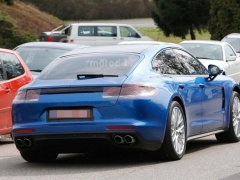 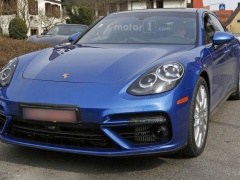 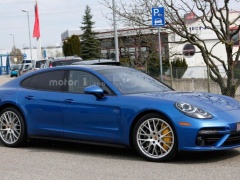