Next Year's Porsche 911 CT2 RS Will Be Presented At E3 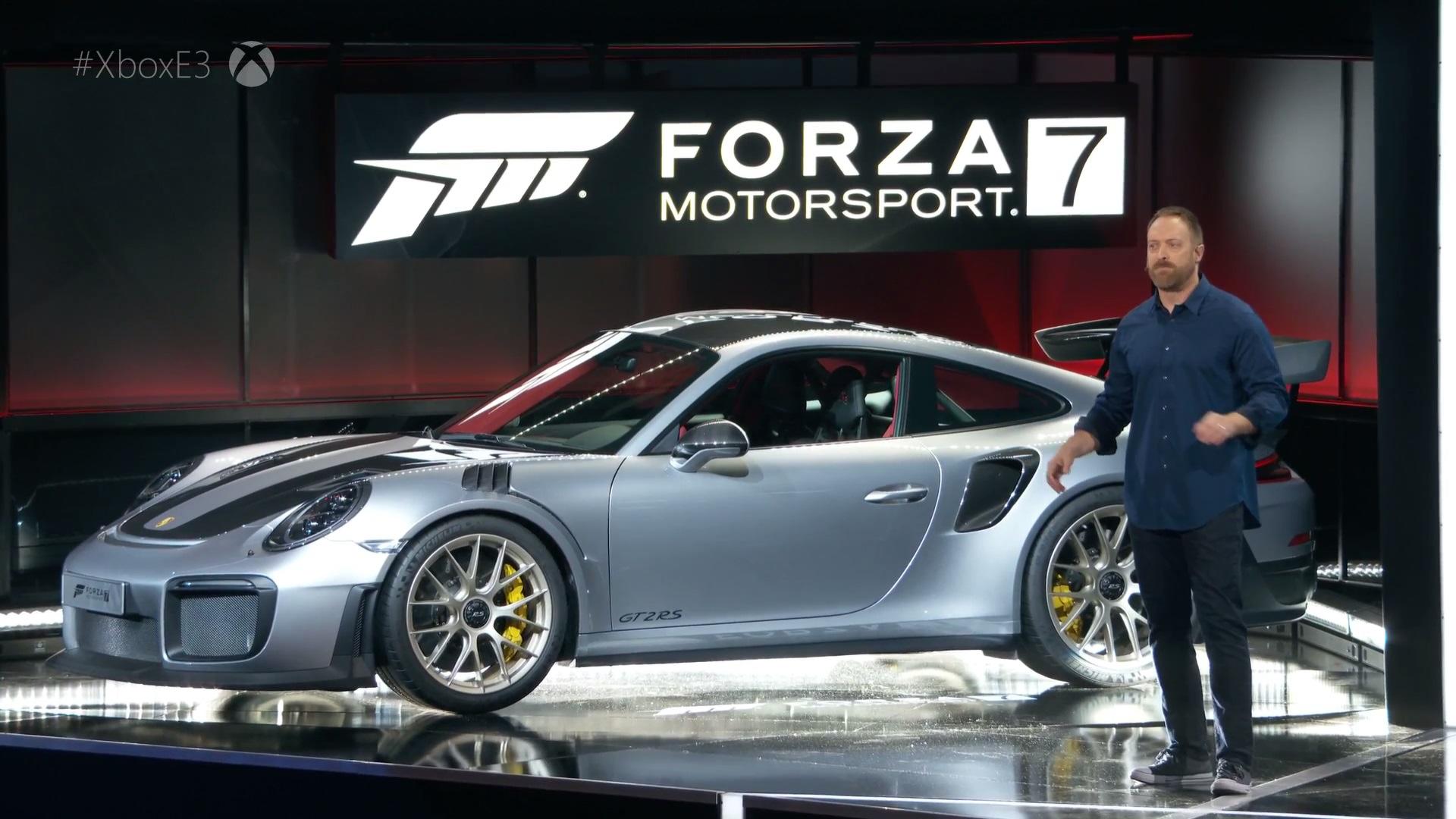 Just a few days after the innovated BMW M5 appeared in the Need for Speed Playback trailer, one more awaited unit has debuted in a video game.

Microsoft and the automaker joined together to host the world premiere of the 911 GT2 RS during E3. The flagship 911 was shown both in the metal and in the virtual world in the announced Forza Motorsport 7 title.

The new top of the extensive 911 range was taken by the unit. It will be featured on the cover of Turn 10’s new racing game and you will be able to use it staring since October 3 when Forza 7 will be available on the PC and the Xbox One. By the way, it will be released on November 7 for the Xbox One X.

Technical characteristics of the vehicle under consideration have not been revealed yet.