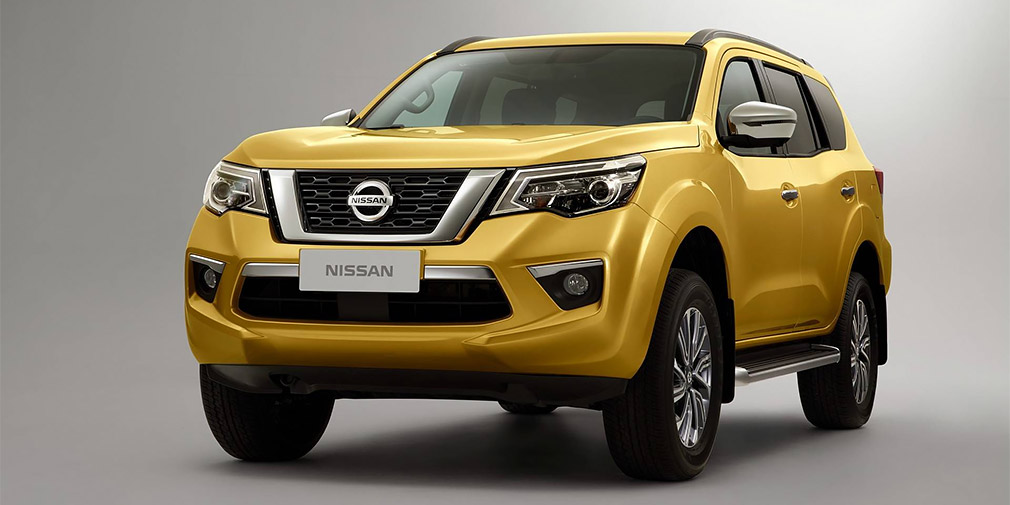 In the company Nissan published official images of their off-road car Terra, announcing together with them the premiere of the car.

According to the data received from the representatives of the company, the presentation of the new Nissan Terra SUV will be held in April this year within the framework of the Beijing Motor Show. The novelty is based on the Navara pickup of the latest generation. A frame SUV was created mainly for the Chinese market, but in the future the car should appear on sale in Asian countries.

It is assumed that the purchase will be offered seven- and five-seat versions of the SUV, the dimensions of which will be 4 882/1 850/1 835 mm, and the distance between the axles will be 2,850 mm. Motor range will be presented by an atmospheric 2.5-liter engine, the capacity of which will be 184 horsepower. Among the transmission will be a 5-, 6- and 7-speed gearbox. The drive system will be on the rear or both axles. Social networks were filled with positive comments on the new structural elements and the redesign of the interior and exterior. Many Internet users liked a new modern style of the car.