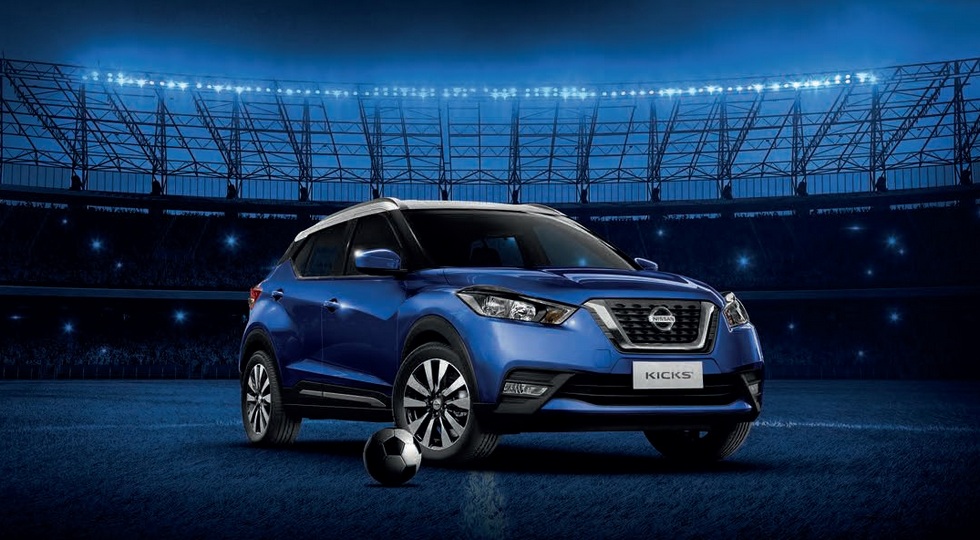 Mexico received a new version of the compact Nissan Kicks.

The special version of Kicks is called Fan Edition. Most likely, the car is dedicated to football and all fans of this game.

The body part of Nissan Kicks Fan Edition got a blue color, the roof was made white, and the racks became black. SUV replenished with tinted glass. Inside new car we saw inserts in the baffles of the blue color, branded rugs as well as the fringing of a similar color. In equipment was 17-inch wheels, multimedia with a touchscreen, Android Auto and Apple CarPlay support, leather steering wheel, ABS, EBD etc.

The Mexican crossover is driven by a single gasoline atmospheric unit HR16DE 1.6 l per 118 "horses". In Kicks Fan Edition only one five-step "mechanics", but in the standard model can be also a variator. The car have a front-wheel drive.

Should appear a total of 400 such Kicks.